Remember the pilot parking policy when parking in Bratislava’s Ružinov 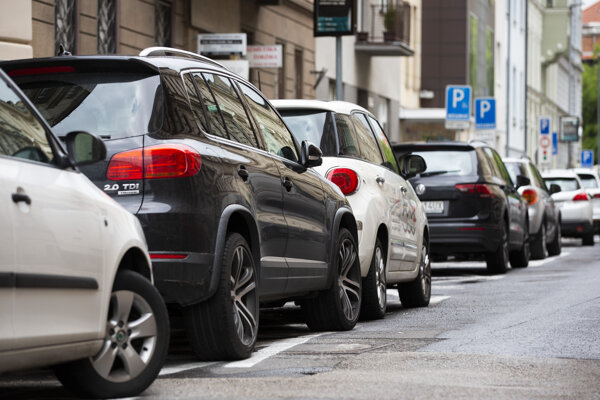 Parking is a problem in the centre of Bratislava as well as some its boroughs. (Source: TASR)
Font size:A-|A+  Comments disabled

Municipal policemen have already distributed a number of fines and warnings since the residential parking policy at the 500 Flats (500 Bytov), the oldest housing estate in the Ružinov borough of Bratislava, was launched on January 20. This is the first zone where the scheme giving preference to locals has been put into operation in the borough.

“During the first month, drivers who violated the parking ban in this zone, received 58 fines,” said Tatiana Tóthová, spokesperson for the Ružinov municipal office, as cited by the TASR newswire, adding that the fines totalled €1,270 so far. 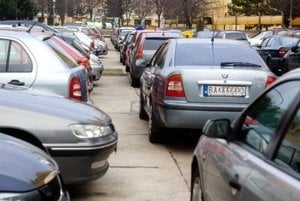 Introduction of the new parking policy rules have improved the parking situation in this part of the city. As it is close to the busy business zone of Mlynské Nivy, it was under significant pressure, as many people commuting to work in this vicinity used to park their cars here. The municipal office plans to extend the area of regulated parking up to Bajkalská Street by the end of this year.

As part of the pilot project, cars without a parking permit, i.e. cars of non-residents, cannot park here during working days, between 13:00 Monday and 11:00 Friday. Resident permits are free. Non-residents can park at the car park on Bazova Street and Velehradská Street, but only for three hours per day. There are no limitations for weekend parking.