Kiska is unwilling to be a part of a government that includes Sme Rodina. 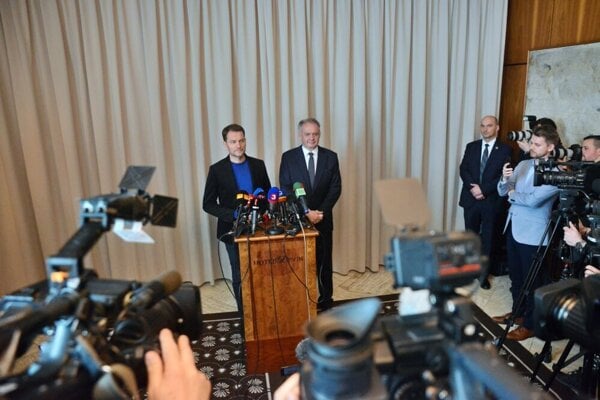 The first unofficial post-election talks between the 2020 parliamentary election winner and the leaders of other parties that may form a new coalition have taken place.

After President Zuzana Čaputová met with Matovič on March 2, she also talked with the leaders of the remaining three parties on March 3, namely Richard Sulík of Freedom and Solidarity (SaS), Boris Kollár of Sme Rodina, and Andrej Kiska of Za Ľudí.

“Boris Kollár, Richard Sulík, as well as Andrej Kiska, have all confirmed they are ready to further negotiate with the OĽaNO chair on the formation of a new government” Čaputová posted on Facebook.

She talked to PM Peter Pellegrini (Smer) on March 3 as well about a post-election procedure.

The president added that she will assign Matovič with forming the government on March 4.

Although party leaders declare their readiness to join forces, the first disputes have occurred between Kiska and Kollár over the moral credibility of the new government.

How can the posts be distributed?