It's official: Matovič assigned to form the new government

The potential new prime minister said he would do everything to create a government that history books would mention as the greatest one Slovakia ever had. 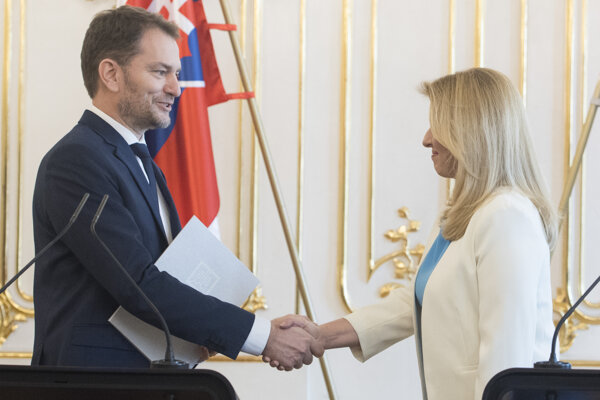 President Zuzana Čaputová officially assigned the winner of the February 29 parliamentary election, Igor Matovič, with the creation of a new government.

The chair of the Ordinary People and Independent Personalities (OĽaNO) movement received the assignment at the meeting in the presidential palace on March 4.

Čaputová decided to do so following Matovič’s victory and dialogue with the leaders of other parties that may create a future cabinet – Sme Rodina, Freedom and Solidarity (SaS) and Za Ľudí.

They all stated that they are ready to negotiate about creating a government.

“Slovakia needs a strong and legitimate government in a short time,” she told the press. 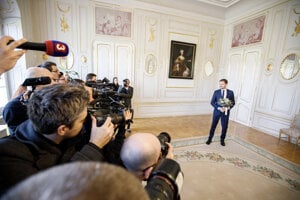 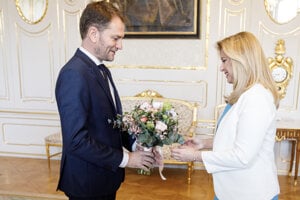 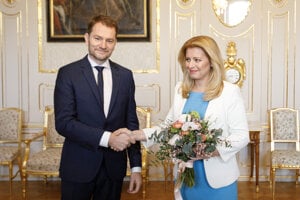 “Thank you very much, Mrs President, for probably the most important and the hardest homework, I have ever gotten in my life,” Matovič said after meeting Čaputová.

The would-be prime minister will do everything for Slovakia to have a government that will be mentioned in history books as the greatest one the country has ever had. He would like the new government to give hope and the feeling that Slovakia belongs to everyone.

Matovič meanwhile continues in negotiations with his potential coalition partners. On the afternoon of March 4, he plans meeting with Boris Kollár of Sme Rodina and Richard Sulík of SaS. The next day, there is a scheduled meeting with Andrej Kiska of Za Ľudí.

Matovič did not want to reveal when they would present the nominees for ministerial posts, but only said that it will be as soon as possible.