Fico's former apartment is for sale. This is how it looks now

The Bonaparte residential building has become a metaphor for corruption and tax fraud. 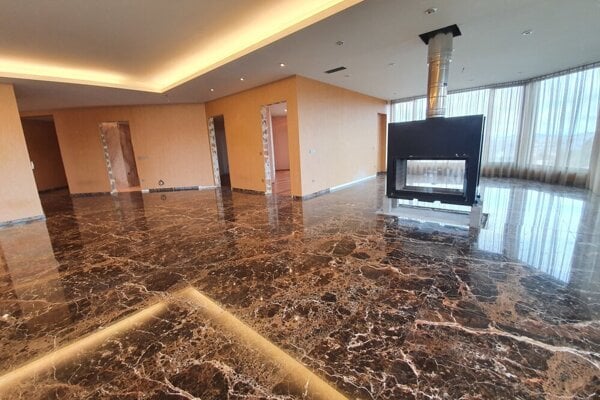 The hall connected with the kitchen and dining area with a fireplace. (Source: Sme - Index)
Font size:A-|A+  Comments disabled

-What condition did Robert Fico leave the apartment in?

-Why has Igor Matovič lost interest in buying it?

-What do architects think about the most luxurious building in the country?

-Why is it called Bonaparte?

The almost 500-square-metre luxurious apartment with a panoramic view of all Bratislava used to be the home of former prime minister Robert Fico. He was renting the property close to the castle hill from tax fraudster Ladislav Bašternák and lived in it for seven years. Now it is for sale and interested parties had a special opportunity to have a look earlier this week.

Journalists were allowed to take a peek too. Fico never showed off his apartment when living in it.

Parametres of the apartment

-located on the fourth, highest floor

-consists of a hall connected with the kitchen and dining area, one bedroom and two rooms, two bathrooms, two wardrobes, larder and a wash-room, a four-car garage with a bathroom containing a shower and toilet, and a cellar

While strolling around the place, visitors could only imagine what the apartment on the upper floor of the notorious Bonaparte residential building above Bratislava Castle used to look like. The prominent tenant has not left any interior doors, door linings, kitchen unit, bathtubs or fireplace tiling.

Even though Lenka Ivanová, a bankruptcy trustee for the forfeited property of tax fraud convict Bašternák, has asked journalists not to publish photos from the apartment, stating that the potential buyers do not wish the apartment’s interior to be published, several news websites, including Sme’s Index magazine and the Dennik N, did not respect the request, arguing that the apartment is property of the state. 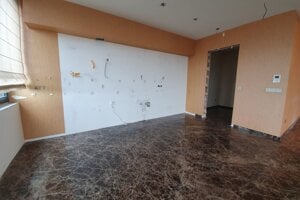 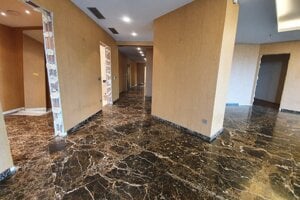 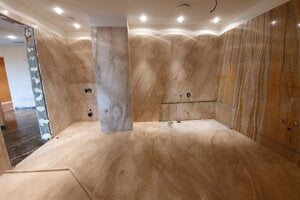 Apartment in the Bonaparte development, in which Fico lived. (28 photos)

After Bašternák’s property was forfeited, Fico moved out this summer and the state offered it for sale. The auction will take place on March 16. The starting auction price was set at €1.67 million.

Matovič wanted to launch a corruption museum in the property