An ancient symbol of globalisation in central Bratislava 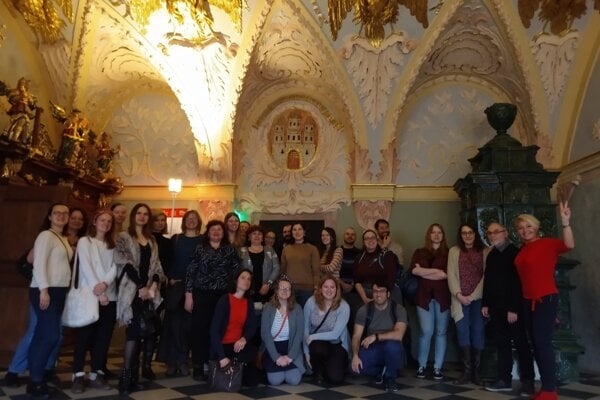 Foreigners and Slovaks in Bratislava pose in the beautiful interior of the Old Town Hall. (Source: Courtesy of Henrieta Valková)
Font size:A-|A+27

In the 13th century, the city of Pressburg (now Bratislava) was the epicentre of the thriving Hungarian Kingdom, later established as its official capital in 1563. The decision to buy an existing building for its town hall came much earlier than that, in 1389.

The oldest part of the building, the Jacobus’ House, was added to and redeveloped over the centuries, creating a complex hodgepodge of baroque, gothic and Renaissance architecture.

It has also housed the Bratislava City Museum since 1868, making it the oldest continually-operating museum in Slovakia.

An ancient and international community

Following the invasion of the Tartars in the 13th century, many people came to Pressburg, most likely from German towns situated on the edge of the Danube River.

Used to living in localities with special privileges, the new inhabitants wrote their desired privileges on parchment in 1291 and asked the king to sign it.

“I’m sure he did not read it before signing,” noted Štefan Holčík, a tour guide for the City Museum. 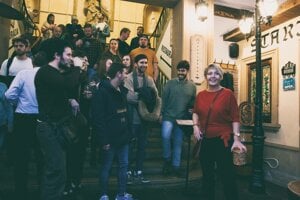 Although they were subjects of the Hungarian Kingdom, the inhabitants of Pressburg mostly spoke German. Even Hungarian kings like Francis I, Holy Roman Emperor, Maria Theresa’s husband, did not speak the Hungarian language, communicating instead in German or French.

Many inhabitants of Pressburg also had relatives in Vienna, Budapest and Prague.

“Everybody was connected to everybody,” added Holčík on a tour of the Old Town Hall organised by Henrieta Valková, a member of the public association Enjoy Slovakia and director of the Facebook fan page Enjoy Bratislava. 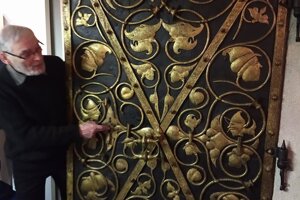 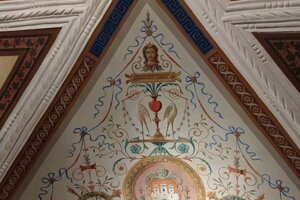 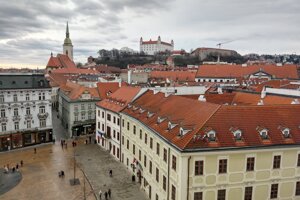 Through Enjoy Bratislava, Valková offers foreigners living in Bratislava a fresh perspective of the city they call home. She organises many trips and cultural events in and outside of the Slovak capital, including the tour of the Old Town Hall, which has been enriched over the centuries by the different cultures that came through Pressburg.

Bring your own chair

The town square was composed of houses separated by narrow streets, which served as escape routes in the event of a fire. However, in 1422, a house was built where the passage was, the room upstairs serving as a session room for the town council. It was called the sitting room, but ironically, it did not contain any chairs. If attendees wished to sit, they would have had to bring their own seats. However, sitting was not a common practice back then. Even during parliament sessions, the magnates had to stand; only the king or queen were afforded the privilege of sitting.

One of the most beautiful parts of the Old Town Hall is the chapel, which was built between 1441 and 1443. However, in the second half of 16th century, the lower chapel in the courtyard was destroyed since almost all members of the city council were protestant, even though the Protestant church had yet to be established in the city.

They used the courtyard for larger council meetings while the small council met in the upper chapel. Reconstructed 10 years ago, the chapel’s decorative wooden ceiling was transferred to the adjacent room so visitors can see what the chapel looked like in the 15th century before it was destroyed.

Very few mementos from the Hungarian Kingdom remain in the museum since many were bought as souvenirs abroad, or destroyed or lost in WWI and WWII. However, a select few objects endured overtime or were bought back by the City Museum.

The most important exhibit in the museum, according to Holčík, is a candlestick brought to Pressburg by Princess Sophie, the widow of Wesleslav IV, in the 15th century. The German princess lived in Bohemia until the Hussite War, when her brother-in-law King Sigsmund invited her to live in Pressburg. It is believed that Princess Sophie brought the candlestick from Eastern Prussia, now Poland, as a gift to the queen. 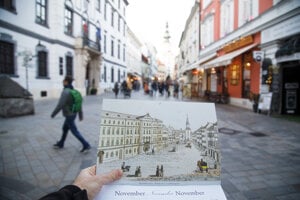 Unlike other lamps found in museums throughout Europe, this 14th-century lamp features a figurine made of amber with an inscription dedicated to St Katherine. However, this may be an improvisation. Since the figurine bears a striking resemblance to the Virgin Mary, it is believed it was originally dedicated to Mother Mary and Jesus. After the Jesus figurine was lost, the inscription to St Katherine was most likely added.

Her lamp was given to St Martin’s cathedral, later becoming the property of the City Museum in the 19th century.

In the 18th century, cabinets were added to the Old Town Hall’s city archive to store documents of equal importance. However, since animals could still get into them, another improvisation was created. The most important documents were stored in iron boxes or hung in sacks from poles threaded through iron rings attached to the ceiling.

Much like millionaires require safes, the 14th-century tower of the Old Town Hall, adorned with a baroque roof and gothic windows, required a high level of protection, especially when the crown was kept there the night before the coronation of King Maximilian II in 1563.

The room was well-secured with an iron door composed of a complicated system of twelve locks. The few trusted, high-ranking officials who were given access to this room had to know which keyhole under which decoration of the door would open it.

Now open to the public, the reconstructed tower affords visitors a spectacular view of Bratislava’s Old Town, still abuzz with its ancient and prosperous beginnings. 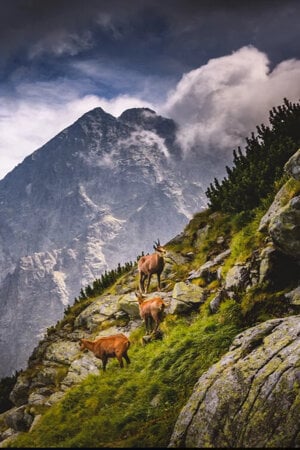