The decision is still not valid due to appeals. 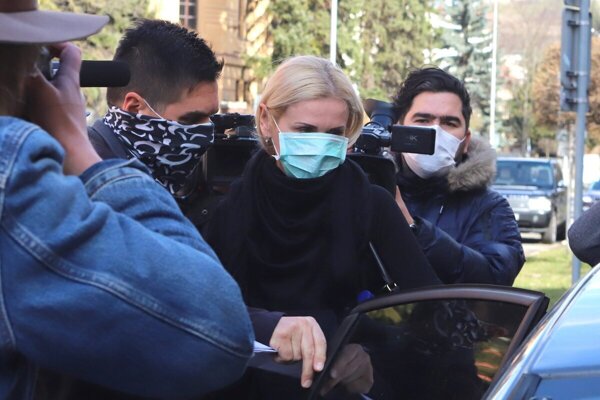 Monika Jankovská and four other people will remain behind bars.

The Specialised Criminal Court obliged with the general prosecutor's proposal to prosecute the five persons, whom the media have since dubbed Kočner's judges, in custody, the Denník N daily reported. They have been detained on charges of corruption, interference with the independence of courts and obstruction of justice.

Apart from the five judges that the Specialised Criminal Court was deciding on, eight more judges face criminal charges, but the Constitutional Court did not approve custody for them.

The approval of the Constitutional Court is needed in cases of custody for judges. The court has not published the reasons for approving the custody for only five judges, the Sme daily reported.

The decision issued by the Specialised Criminal Court on March 14 is not valid yet, though, since both judges and the prosecutor appealed, the Denník N daily wrote.

Apart from the judges, the court was deciding on the custody of civil people detained during the Búrka operation on March 10. Of them, it only approved taking custody of attorney Miroslav Mojto. As a result, 12 people will be prosecuted at liberty.