Kiska’s departure will please Smer. The party should survive

When the ex-president Andrej Kiska founded Za Ľudí, he was ready to become a prime minister. 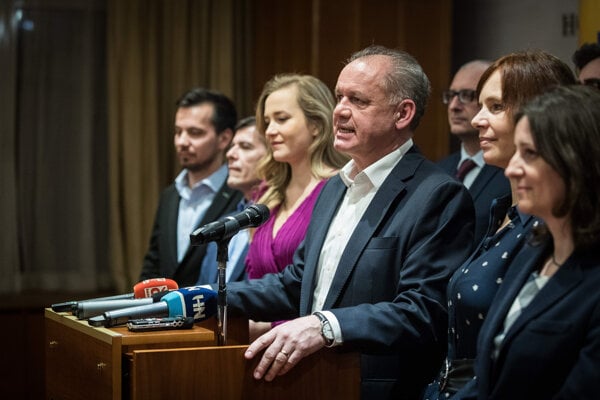 Andrej Kiska surrounded by his colleagues from the Za Ľudí party during the election night. (Source: SME)
Font size:A-|A+4

When the police detained 18 people from the judiciary suspected of collaborating with Marian Kočner in early March, attention was turned to the Constitutional Court. Its consent was necessary for taking the judges to custody.

Without the interference of ex-president Andrej Kiska more than a year ago, the court would probably have been led by Smer chair Robert Fico. However, Kiska said he would never appoint him to the post.

A few months ago, Fico thanked ex-state secretary Monika Jankovská, who was among the detained judges, for “the good job” she has done in the post. She was forced to leave the Justice Ministry due to suspicions that she had collaborated with Kočner.