Slavín WWII memorial will get a facelift

The plan to build the WWII museum here has not materialised yet. 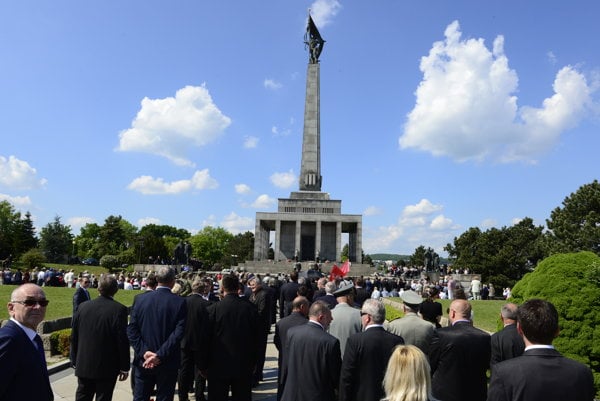 Commemoration festivities of the end of WWII are traditionally held at Slavín. (Source: TASR)
Font size:A-|A+44

Slavín, the monumental WWII war memorial perching on one of Bratislava’s hills, is to undergo reconstruction. The Interior Ministry has allocated €460,000 for this project, which should account for 80 percent of the total costs. Bratislava city council will provide the rest of the €115,000 and is obliged to spend the ministry’s money by the end of the year, the SITA newswire reported based on data published in the Central Register of Contracts. 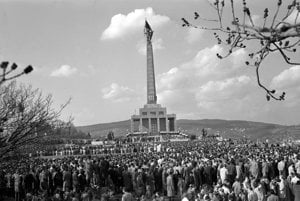 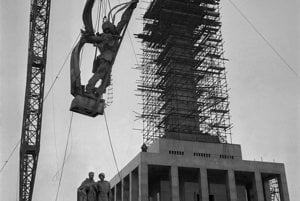 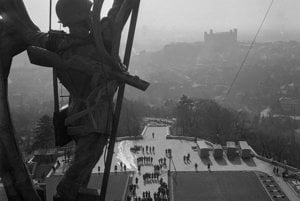 Reconstruction works should include a stress analysis, restoration of the sculpture of the soldier on the top of the monument as well as other artistic and repair works. 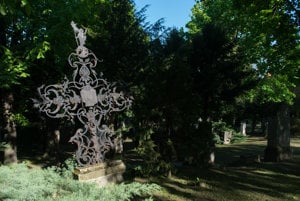 The memorial completes the cemetery where almost 7,000 Red Army soldiers, killed during liberation of Bratislava in 1945, are buried. It was unveiled 15 years after Bratislava was liberated, on April 4, 1960.

The memorial was designed by architect Ján Svetlík. Today it is a protected national monument and a popular site offering a view over the city.

Some years ago, there was talk of creating a WWII museum at its base, but this has not materialised. 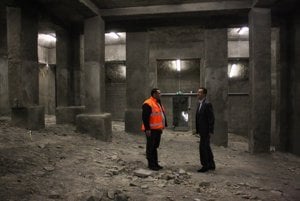 History of the monument

Although it was won by Emil Belluš (in collaboration with young architects Ivan Matušík and Ferdinand Milučký), in a subsequent selection Ján Svetlík was chosen, no doubt for ideological reasons among others.

“Surprisingly, the project benefited from the substantial changes it underwent during the period that had elapsed from conception to completion,” reads the website.

To verify the design, a 1:1 scale mockup was erected and the project was presented to Nikita Khrushchev on his visit to Bratislava. The unwieldy stalinist monument was transformed into a classical elegant 37.5 m high obelisk. It was erected on the square podium of the column hall. Mounted at the top of the structure is the figure of a soldier with a flag by Klement Trizuljak. Statues by more prominent sculptors (Tibor Bartfay, Jozef Kostka, Ján Kulich, Rudolf Pribiš and Ladislav Snopek), which, – however traditionally realistic – do not suffer from the proletarian clumsiness of the 1950s, are scattered around the site, recalls Docomomo.