Domestic coronavirus tests are for sale on the internet

The supplier claims they only need an EU certificate to sell them. 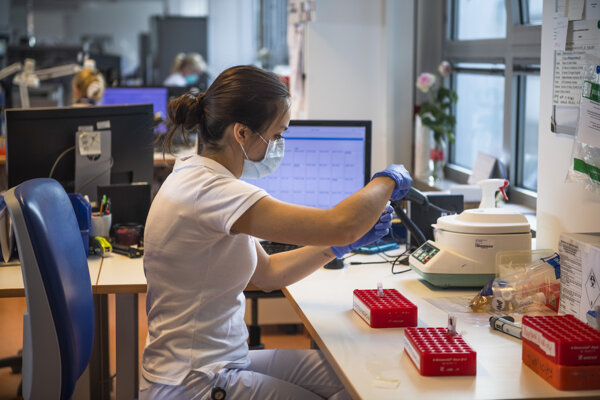 It is possible to buy rapid coronavirus tests online.

While the State Institute for Drug Control (ŠÚKL) knows nothing about the e-shop, the supplier, Recept Zvolen, claims they can sell them.

The tests from a Chinese producer have been approved by the EU and it is not necessary to list them in ŠÚKL’s database of medical aids, the Sme daily reported.

“We have a CE certificate from the EU, and since we’re living in hard times, we put the test on the market,” Jozef Beňo, an authorised representative of the company operating pharmacies in Banská Štiavnica and Kremnica (both in Banská Bystrica Region), told Sme.

ŠÚKL confirmed the EU certificate is enough; they do not need to have them in their database to sell them.

The test’s reliability is 90 percent. They are similar to the ones purchased by the Peter Pellegrini government, which have been criticised by the incumbent PM Igor Matovič (OĽaNO).

They measure the amount of antibodies in a person's blood by using colloid gold, i.e. a solution with gold nanoparticles. The person pricks a finger, takes blood with a pipette and drops it on a small testing desk. They then add the solution, which reveals whether the blood contains the antibodies present when a person suffers from the coronavirus.

ŠÚKL is ready to check the sale of home tests.

The test result needs to be confirmed by the direct coronavirus test though, the Chinese producer said.

The tests were purchased from a Chinese company, whose name Beňo refused to reveal.

“It’s a renowned Chinese company that has been dealing with the production of tests for years,” Beňo said, as quoted by Sme. “We don’t want to publish our know-how though.”

The tests can be purchased via Recept Zvolen’s website.

ŠÚKL has already said that similar tests may appear on the internet. Some similar to the ones offered by Recept Zvolen have been offered via various online ads.

The institute recommends that people check the basic parameters, such as whether there is confirmation that the producer or a company is authorised to sell it in Slovakia on the package. The product should also have the CE certificate, which means that it can be sold on the EU territory.

Some home tests are also promoted by the Alza eshop, but they are not sold yet. The seller is checking the tests developed by the Chinese Superbio Biomedical company and is trying to quickly obtain permission to put it on the market, Sme reported.