The laureates will be announced in June. 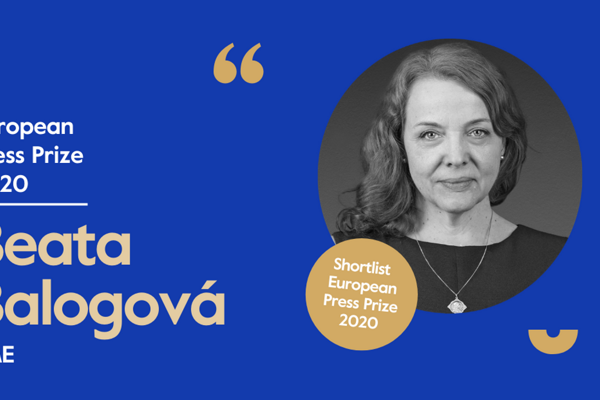 Beata Balogová, editor-in chief of the Sme daily and former editor-in-chief of The Slovak Spectator, has been shortlisted for the European Press Prize 2020 in the opinion section.

She will compete with her piece titled How we stopped being comrades.

“An eloquent argument for personal decency and honesty as the bedrock of political freedom,” the preparatory committee commented on the piece.

In her article, she recalls how little they knew about freedom back then, and how little they understood all the challenges that freedom brought to the post-Soviet block, reads the website, noting that Balogová was one of the students protesting against the communist regime in Slovakia in 1989.

“According to her, she and her compatriots naively thought that time would wash off Communism from people like dust after a long journey,” the website reads. However, after 30 years they can lose their freedom once again because according to Balogová, their revolution has not yet been completed.”

For the 2020 edition of the European Press Prize, more than 700 journalists from all across Europe have sent in their best work. The preparatory committee has selected ‘How We Stopped Being Comrades’ and 23 others for the 2020 shortlist.

The laureates of the prize for excellence in journalism will be announced on June 11.