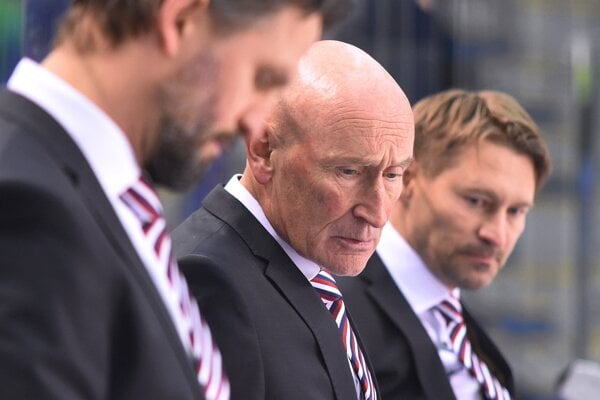 The head coach of Slovakia’s national men’s hockey team, Canadian Craig Ramsay, announced he will be suspending his salary while he is out of work due to the coronavirus outbreak.

Ramsay said it in a video posted on April 7.

“In effort to help the Slovak Ice Hockey Federation, I will be suspending my salary for the balance of the time until we get back to work,” he said.

The Plus jeden deň daily reported Ramsay is said to earn €140,000 a season, which is more than previous head coaches received. Canadian Glan Hanlon, Czech Vladimír Vůjtek and Slovak Zdeno Cíger all earned €120,000 a season.

Olympic qualifiers for the 2022 Olympics

The ice hockey season has ended prematurely in Europe due to COVID-19. The May 2020 Men’s Ice Hockey World Championships in Switzerland has also been called off. However, Ramsey is hoping everything will get better by the end of summer.

“If we act like a team, if we bond together and face this crisis, we will defeat it,” he claimed in the video.

In late August, Slovaks should take part in the Final Qualification tournaments for the 2022 Winter Olympics.

Thank you for singing up. Shortly an email will be sent to the address you provided to verify your e-mail.
Error! Please try to register again later, your e-mail was not registered.
Your email is not in a correct format.
Please confirm you are not a robot.
Share on Facebook (259)Comments disabled