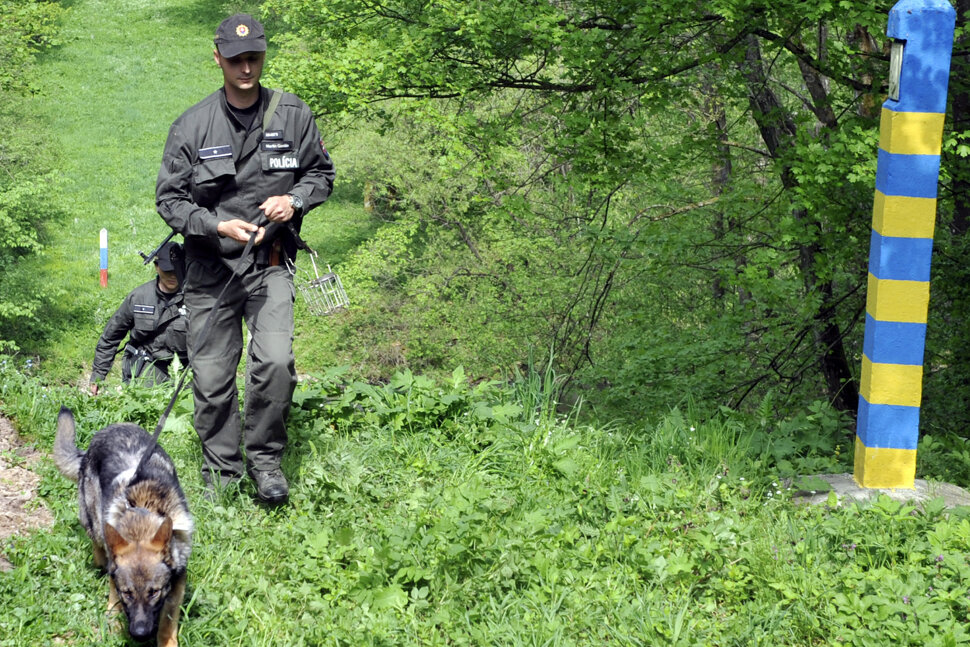 Police officers patrol a northern part of Slovakia's border with Ukraine, which is nearly 100 kilometres long. The border is also an external border of the Schengen Area. (Source: TASR)
Font size:A-|A+3

On a sultry night in July 2019 near the Slovak village of Zboj in the Poloniny national park bordering Poland and Ukraine, a group of 11 Afghans and Vietnamese tried to illegally enter Slovakia. Spotted by the police they were detained and later deported.

The group is just one of many that try to make their way into Slovakia, and by extension the wider Schengen Area, illegally every year.

According to official figures there were a reported 2,290 cases of illegal immigration in 2019.

But while those in this group are thought to have been driven by war and poverty to risk an illegal crossing into Slovakia – the World Migration Report 2020 produced by the International Organisation for Migration suggests most Afghans who leave their country are escaping conflict – some experts say Slovakia could in future be facing a wave of migration driven by an entirely different reason: climate change.