What is the oldest graffiti in Bratislava?

Our ancestors left their signatures on the walls of cathedrals or inside bells. 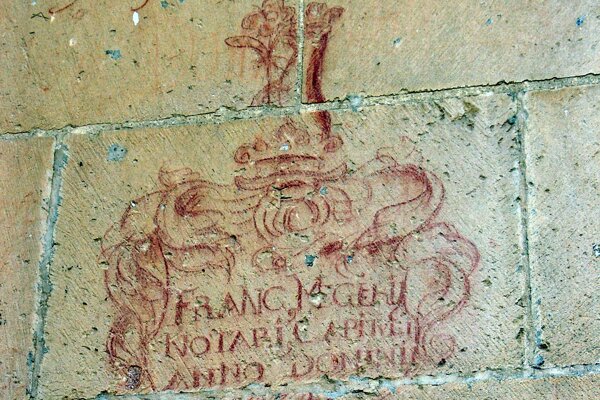 -What are the oldest graffiti in Bratislava and Slovakia

-What was the prerequisite for the creation of historical graffiti

-Who were authors of historical graffiti

-To see pictures of historical graffiti

An unknown writer left the name “Maria” scratched into the wall of a gothic house on Františkánske Square in Bratislava. There would be nothing unusual about it, if the inscription were not at least 500 years old. Historian of the Comenius University Juraj Šedivý thinks that this is probably the first love graffito in then Pressburg, nowadays Bratislava.

“Maybe he meant the Mother of God, but since the inscription lacks the world ‘sancta’, he probably meant a specific pretty woman from Pressburg,” said Šedivý. 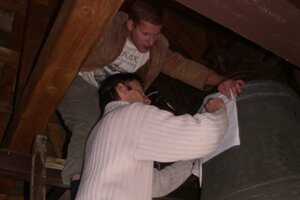 The need to leave behind one’s name or the name of one’s beloved scratched in the plaster or written on the wall is probably as old as humans themselves. Šedivý, who has been involved in epigraphy, i.e. science researching historical inscriptions, considers the marking of a territory as the heritage of our animal ancestors.

“Just as a dog marks its territory with urine, so many writers today mark ‘their’ territory,” Šedivý told The Slovak Spectator. “Thus the public statement ‘I love Mary’ is basically similarly instinctive and possessive.”

Ad for olives and notes on a faulty piece of pottery