How the agricultural subvention agency was turned into a bribe machine

The Slovak National Party (SNS) that co-ruled the country until recently also implicated by some witnesses. 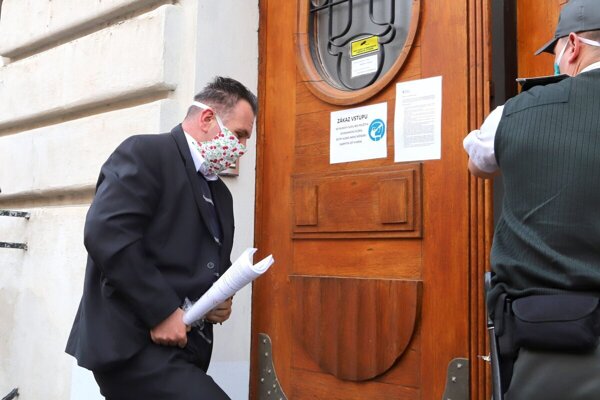 It was like a new style of the extortion practices rampant in Slovakia in the 1990s. The agricultural subventions were sure to go to those entrepreneurs willing to give up 14 percent of the money they approved by the state.

The system of bribes at the Agricultural Payment Agency (PPA) was revealed after the former head of that agency, Juraj Kožuch, was arrested in April.

The documents from the Specialised Criminal Court to which the Sme daily has access demonstrate the details of that system.

The court described nine cases in which Juraj Kožuch and Martin Kvietik demanded bribes, amounting to €924,000 in three years.

There was practically one scheme for everyone - first they agreed with the applicant that the agency would approve their project if they pay a 14-percent bribe. Then the applicant had to sign a contract with a dummy company, thus making the provisions flow from it based on this contract.

"The contracts in question [...] and several bank transactions only served to cover up the origin of the financial means gained through corruption practices," Judge Peter Pullman wrote.

Part of the bribes were off the books. Kožuch and Kvietik collected that in person - in the luxury Albrecht hotel in Bratislava, which belongs to Kvietik, and repeatedly in Austria.

In some cases, they received even tens of thousands of euros in cash in this way. This was the case involving a large project for the development of short supplier chains for €1.83 million, which Kožuch signed with four agricultural companies in November 2019.