The finance minister considers the decision a raised finger. 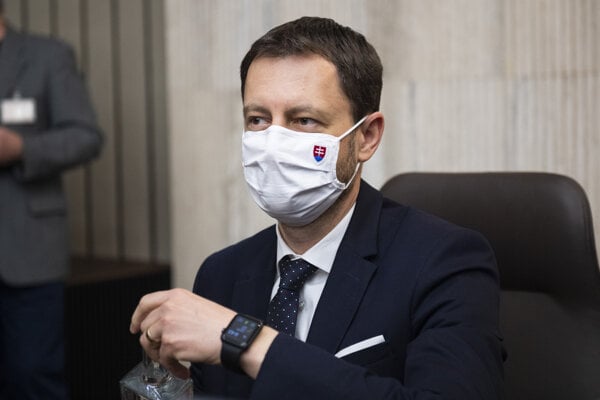 The coronavirus pandemic has already impacted Slovakia's economic rating in a negative way. The Fitch agency has downgraded the country’s rating from A+ to A with a stable outlook.

The primary reasons are the consequences the coronavirus has had on the Slovak economy, according to the Slovak Finance Ministry. The rating was altered shortly after another agency, Moody’s, worsened the outlook for the country’s banking sector.

“Although the rating was downgraded due to the pandemic, we need to look at the situation in a wider context,” Finance Minister Eduard Heger (OĽaNO) said, as quoted by the SITA newswire. 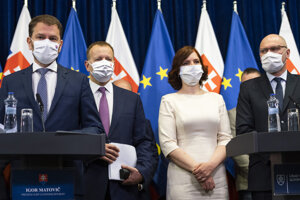 He explained that the former Smer-led governments wasted the huge economic growth in the past year, failing to create a reserve for worse times. Instead, they generated debt amounting to nearly €25 billion, he added.

Slovakia’s GDP to drop by 10 percent

Fitch expects the global economy to go through a deep but short-lived recession in 2020 due to the COVID-19 pandemic. In particular, the eurozone's GDP is expected to fall by 7 percent in 2020, followed by 4.3-percent growth in 2021. There is an unusually high level of uncertainty around the projections at present.

As for Slovakia, it forecasts that real GDP will shrink by 10 percent year-on-year in 2020, as Slovakia’s open economy has been hit by the COVID-19 pandemic. External demand will be significantly weaker and restrictions on activity will depress domestic demand.

At the same time, Fitch assumes that a lockdown of economic activity, which has been in place since March 13, 2020, will be progressively loosened from mid-May and the economy will begin recovering from the second half of the year, with growth forecast at 6.8 percent in 2021. 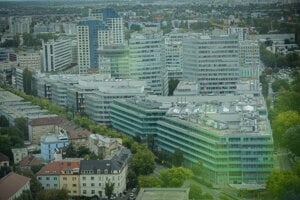 Related articleSlovakia lags behind the most business-attractive countries Read more

Fitch also predicts that under financial stress, support for foreign-owned Slovak banks would be forthcoming from their foreign parent banks.

The worsened rating might make financing the country’s debt more costly, Heger expects. Recently, the country managed to borrow €4 billion under very good conditions through auctions, which is a proof that foreign investors trust the Slovak government, he continued.

The worsened rating may increase the price of loans on the international markets in the future.

“I see the downgraded rating as a raised finger and a challenge that as soon as the crisis is over, we need to start implementing a trustworthy plan of public finance consolidation,” Heger said, as quoted by SITA.