Schools will only reopen on a voluntary basis. Gov't will soon say when (news digest)

Herd immunity to be tested in the east. Italian mafioso's name resurfaces again in Slovak news. 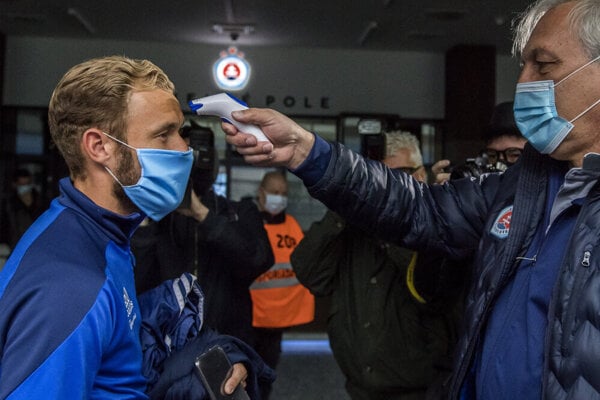 Football club Slovan Bratislava has resumed training sessions at the football pitch. Pictured above, each player gets their temperature measured on May 12, 2020. (Source: TASR)
Font size:A-|A+26

This is your overview of news from Slovakia from Tuesday, May 12.
For all news about the coronavirus in Slovakia click here.

- 8 more people were positively diagnosed with COVID-19 in Slovakia on May 11, increasing the total number to 1,465. Read more details. 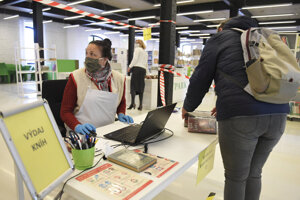 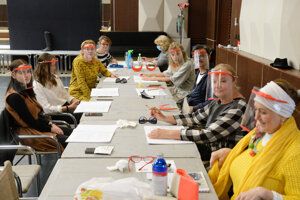 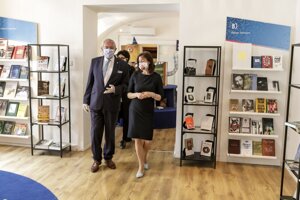 - Herd immunity will be tested in some parts of Moldava nad Bodvou, a town in eastern Slovakia, Wednesday through Friday. Local authorities say this approach should help them relax restrictions. (TASR)

- The government will most likely state when schools and kindergartens will reopen on Monday, May 18, PM Igor Matovič confirmed after his meeting with epidemiologists. Parents will not be forced to send their children back to school or kindergarten, he stressed. (TASR)

Everything will run on a voluntary basis.

PM Igor Matovič on the reopening of schools

- A total of 11 lorries arrived at the Administration of State Material Reserves warehouses on May 11, carrying personal protective equipment (PPE) from Turkey. (SŠHR)

- The Prison and Court Guard Service (ZVJS) will allow prisoners to make Skype video visits with loved ones during the coronavirus outbreak. A prisoner may request a video visit with only one Skype contact at least once a month for 20 minutes. (ZVJS)

- A passenger who refused to put a face mask on in the car after a police officer told him to do so was fined €1,000. (PZ SR)

- The government wants to introduce more detailed property declarations for politicians. Starting next year, the public should be able to learn more about politicians' property, not just if they own a car or an apartment. The government plans to fundamentally change how their property declarations are controlled through the establishment of an independent office as well.

- Nearly half of those polled believe Matovič’s government will not remain in power for a full four-year term. If elections took place, his party OĽaNO would win, however, a new poll has revealed.

- The messages the Slovak police found in the phone of sentenced mafioso Antonino Vadala during the investigation of the murders of Ján Kuciak and Martina Kušnírová suggest that Mária Trošková had not only been discussing private affairs with Vadala while she worked as the right-hand woman of PM Robert Fico. Deputy Parliament's Speaker Juraj Šeliga of the Za Ľudí party has filed a criminal complaint in this respect. He wants to know how Trošková became familiar with information from the Slovak Information Service (SIS).

- President Zuzana Čaputová will wait for the formal proposal of the Judicial Council before she announces whether she will appoint Ján Šikuta for Supreme Court president. She considers Šikuta, who was elected in a public vote on Monday, a noted judge with experiences at home and abroad.

- The Defence Ministry is seeking money to prepare the Sliač military airport for the arrival of F-16 fighter jets by 2022. The previous government rejected money from the US for the reconstruction.

- The man who killed Hurbanovo Mayor László Basternák in 2010 linked the murder to Alena Zsuzsová, the woman who also stands accused of having ordered the murder of Ján Kuciak. Read more about the trial session that took place today.

Business and economy news from Slovakia

- Trnava-based carmaker Groupe PSA Slovakia has resumed production in the press shop, welding shop and paint shop, which prepare car bodyworks. The carmaker will resume its assembly lines on May 13. The plant will run, at least until the end of this week, on a one-shift plan. (SITA)

- The National Bank of Slovakia (NBS) will reopen the public counters at its headquarters in Bratislava and at its five regional offices (Košice, Poprad, Banská Bystrica, Žilina, and Nové Zámky) from May 13. Visits will be subject to rules created by the Public Health Authority of the Slovak Republic. (NBS)

- Slovak Investment Holding (SIH) has reached an agreement with Oberbank, ČSOB and OTP Banka, enlarging the list of banks that have signed the contract to join the SIH Anti-Corona Guarantee in an effort to respond to the ongoing coronavirus crisis and help entrepreneurs overcome problems caused by the introduction of health and safety measures during the pandemic. (SIH)

- The Association of Slovak Entrepreneurs (ZPS) has claimed the provision of anti-corona loans is progressing very slowly and the volume of loans has not met the government’s promises. Entrepreneurs consider the problem of liquidity to be one of the biggest struggles today. (SITA)

- Businesses negatively affected by the pandemic can request temporary protection by filling out a form published by the Justice Ministry on its website on May 12. The aid, which includes protection from distrainment proposals, should last until October 1.

- The Bratislava-based carmaker Volkswagen could acquire the production of a new type of small electric car for under €20,000. The project called ID Entry was originally supposed to be developed by the Seat brand, but the concern is now covered by VW. (Trend) 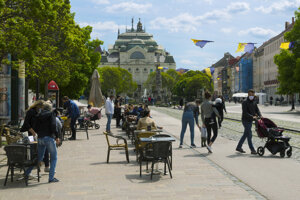 This is not a war Read more 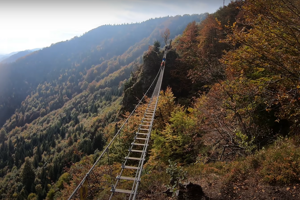 Ferrata at Skalka is closed. Falcon found a nesting place there Read more 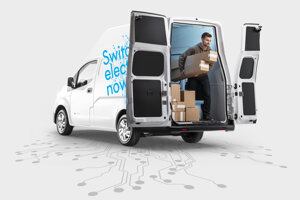