MPs fail to acknowledge ombudswoman’s report. President disagrees with such an approach

Coalition MPs reproached her for court procrastinations, the protection of life and the part concerning the LGBTI community. 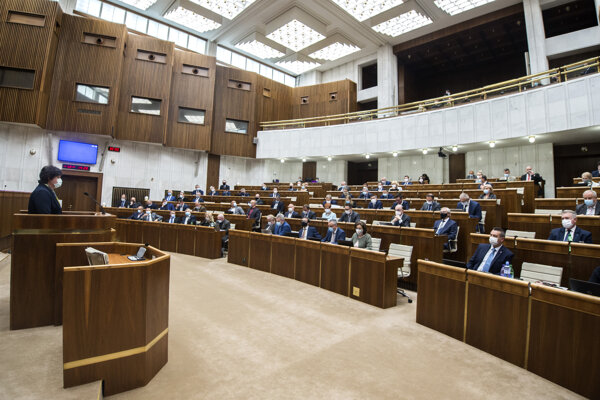 Ombudswoman Mária Patakyová speaking to the parliament on May 13. (Source: TASR)
Font size:A-|A+24

In the previous year, when the public defender of rights used to present her annual report on her activities in parliament, the assembly hall was rather empty, with only a very few MPs listening to her.

This time, Ombudswoman Mária Patakyová had a bigger audience, including President Zuzana Čaputová.

Her report was not acknowledged, as only 34 MPs voted for it. 50 MPs were against and 46 abstained from the vote, the TASR newswire reported.

The ombudswoman’s office received more than 2,800 submissions in 2019, of which 2,100 were motions. It revealed 130 violations of fundamental human rights and freedoms in 104 cases. The office dealt with 10 motions from its own initiative, the SITA newswire reported.