The clip was created from videos sent by the fans. 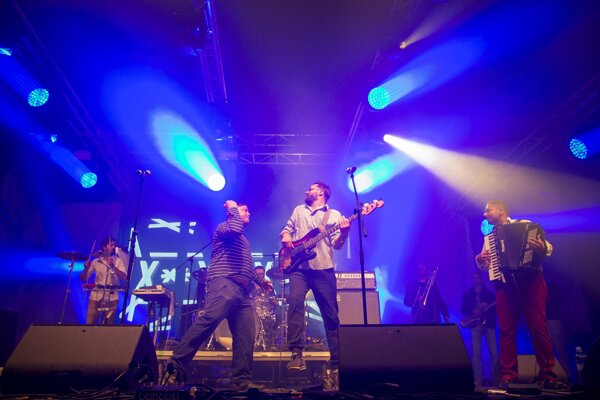 The popular Slovak band Para has decided to respond to the current coronavirus crisis in an original way.

They have restored their 13-year-old song titled Doma Dobre (Well At Home), releasing it with a new videoclip.

“During the quarantine, our great fans sent us videos showing how they are spending their time at home,” the band wrote on their YouTube channel. “This is a special version of this song for you all.”

Call via the social networks

During one of their meetings, where the band members discussed concerts and a tour to celebrate their 25th anniversary, singer Tomáš “Lasky” Šedivý came up with the original idea.

When out of the blue aha

It all comes to me aha

Behind the house in the backyard aha

A big world in miniature aha

When I have a blue sky aha.

“I proposed to engage our fans, who also have to stay home, in the creation of a video,” Lasky said, as quoted by the SITA newswire. When choosing a song, they selected Doma Dobre, released in 2007.

They then contacted fans via social networks, telling them they could be part of the video. They only had to meet one requirement: to send a short video depicting how they were dealing with the quarantine, Lasky continued.

The band received hundreds of videos over 10 days. The resulting material, all 10 GB, was then given to the band’s friend who chose the final videos and created the final material.

“The feedback is great, they have shared the video, ‘boasting’ that they can be seen at a certain second,” Lasky said, as quoted by SITA.

The band will have an interactive concert in Piešťany between a block of flats, held on May 25.