The recent poll by the Focus pollster shows how political support has developed three months after the general election. 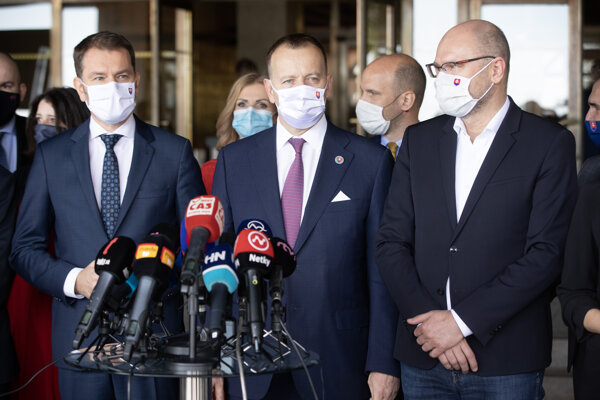 While Igor Matovič's OľaNO lost some support after the February 29 general election, some of his coalition partners seem to have increased in popularity.

This stems from the recent Focus poll carried out for the Na Telo programme broadcast by private TV Markíza between May 14 and 21 on 1,011 respondents.

Six parties in the parliament

The Ordinary People and Independent Personalities (OĽaNO) remains the strongest party, with the support of 22.9 percent of respondents. In the general election, it received 25.02 percent of the vote.

Smer came next, supported by 21.6 percent of respondents, followed by Sme Rodina with 11.2 percent. 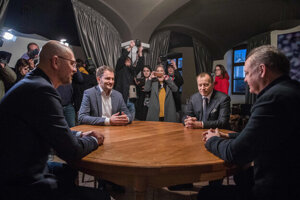 Related articleKiska’s party would not make it to the parliament now, recent poll shows Read more

Other parties that would make it to the parliament are the far-right Kotlebovci – People’s Party Our Slovakia (ĽSNS) with 9.7 percent, Freedom and Solidarity (SaS) with 8 percent and non-parliamentary Progressive Slovakia (PS) with 6.5 percent.

The Christian Democratic Movement (KDH) would fail to make it through, winning the support of only 4.8 percent of respondents. The junior coalition party Za Ľudí would stay out of the parliament too, receiving only 4.3 percent of the vote.

The preferences were calculated from the answers submitted by 73.1 percent of respondents who said they would vote in the election. Another 17.2 percent said they would not vote, while 9.7 percent were undecided.

Small changes in the coalition support

The poll does not suggest any more significant changes in preferences.

“Since from the epidemiologic point of view Slovakia has managed the coronavirus crisis quite well, this complicated period has not impacted the preferences much,” said Martin Slosiarik, head of Focus, as quoted by the Sme daily.

Some changes can be observed, though. OĽaNO has dropped slightly, receiving only 24.4 percent of the vote in the Focus poll carried out one month after the election, and only 22.9 percent in the current poll.

“It’s mostly losing votes in favour of its coalition partners Sme Rodina and SaS,” Slosiarik said, as quoted by Sme. While the former received 8.24 percent in the February general election, the latter obtained only 6.22 percent.

Apart from the problems with the coronavirus outbreak, Matovič had to deal with the criticism of SaS and Za Ľudí for the security measures introduced during Easter. Moreover, SaS chair and Economy Minister Richard Sulík has often clashed with Matovič over some economic topics, like keeping the shops closed on Sundays even after the coronavirus crisis is over, Sme wrote.

TV Markíza pointed out too that SaS probably benefited from its criticism of OĽaNO.