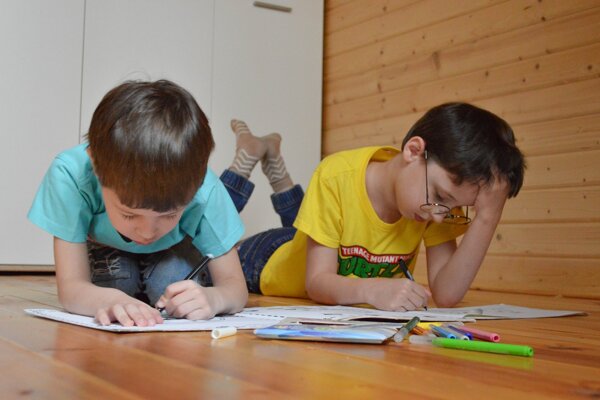 Many new Slovak governments have introduced reforms to the education system soon after taking office. But by the time their four-year term was up, they had often failed to implement them fully.

When the new coalition government of Ordinary People and Independent Personalities (OĽaNO), Sme Rodina, Za Ľudí and Freedom and Solidarity (SaS) parties took power in late March, the first thing they had to deal with was the COVID-19 pandemic.

Education was one of the first sectors to affected - some schools closed within days of the first infection in the country being identified on March 6, and almost all schools and universities had shut by March 16.

They remain closed, but the government has said that as of June 1 nursery schools and years 1-5 of primary schools can re-open. Attendance will be voluntary.

Other primary school classes for higher years, all high schools, and universities will remain closed, however.

But although schools have been closed, teaching has carried on with teachers sending work to students at home electronically or holding online lessons.

Teachers say the drastic change may have ushered in a natural, and much-needed, reform to the way people are educated in Slovakia.

“In a sense this is an era of natural reform brought about by the current situation,” Vladimír Crmoman of the Slovak Chamber of Teachers, told The Slovak Spectator.

What they always wanted

Many teachers and education experts say the teaching and evaluation methods they have been forced to employ during the crisis are precisely the kind of reforms the education system needs and some aspects of them should be retained after the crisis is over.

Teachers have had to reduce their curriculum to only what is necessary, and grades for students have been removed.

Ján Lenč of Živica, an NGO training teachers to use innovative teaching methods, said that changes to the student grading system – children will at the end of this year will not final year grades and teachers will also give a written assessment of their work - and reducing the curriculum have been discussed before, but the crisis has brought these issues into the spotlight and forced them to be addressed.

“Many fields will be changed after the crisis and education is no exception,” Lenč told The Slovak Spectator.

Meanwhile, surveys have shown that teachers’ new approach has been welcomed by parents.

A poll of 505 people conducted by the Focus agency for the Komenského Inštitút teacher education programme run by Živica carried out in April showed that 84 percent of parents agreed with teachers giving students a written assessment in the current situation while 63 percent said they would like to see this practice continued after the pandemic.

Meanwhile, almost three quarters (72 percent) supported a significant reduction of the curriculum during the pandemic, and 67 percent said they would agree with changes to the curriculum after the crisis is over.

Changes with preparation and support

Education Minister Branislav Gröhling has said that teachers having had to strip teaching to only what is absolutely necessary during the crisis has shown what does and does not need to be taught in Slovak classrooms.