Matovič wants to make blocking of highways a crime 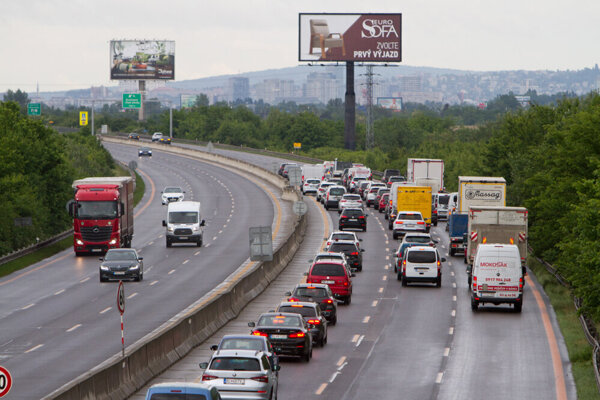 When owners of fitness centres threatened to block the highway in protest against the continued closure of their businesses despite many other establishments opening, PM Igor Matovič said he would make it a crime.

In the end they just slowed down the D1 highway to Bratislava on Monday morning and later met the prime minister to discuss the conditions of fitness centres opening. Yet Matovič is sticking to his idea of pushing through a law to ban the blocking of key road infrastructure, the Sme daily wrote. 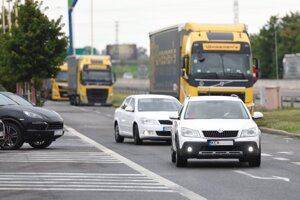 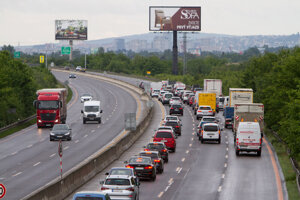 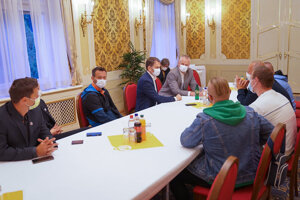 Protest of the trainers at D1 highway (16 photos)

Critics of the idea were quick to point out that as an opposition MP, he did not object when protesting farmers blocked SNP Bridge in the centre of Bratislava in February 2019. Back then, he sent the message: “These men have courage. Respect.”

The quarrel started when several fitness centres representatives announced on Friday, May 22 that they planned to block D1 highway in protest.

Matovič wrote on Sunday evening that if they really planned on blocking the highway that he would make it a crime.

Related story: Unpredictable, controversial, but the only one to defeat Smer. Meet Igor Matovič Read more

“The blocking of highways will lead to me having a law passed that will consider this act a crime, like in civilised countries,” Matovič wrote on Facebook.

Nobody will think that limiting the free movement of others and taking innocent people hostage will earn them advantages with impunity, he added.

Road blockades are not rare