Q&A: Should parents accompany their children to school? 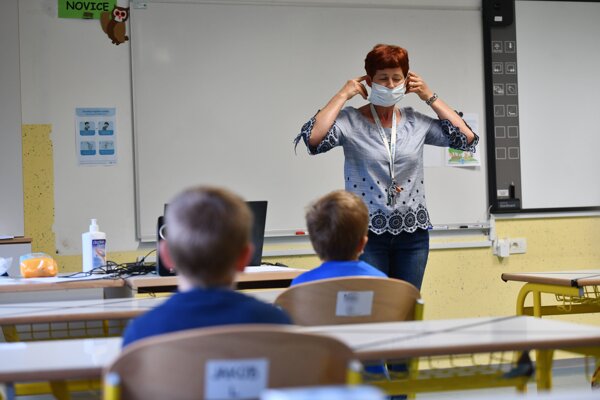 Kindergartens and grades first through fifth of primary schools will open on June 1. Since there are still some details that need to be clarified, the Sme daily has tried to answer some of your most frequently asked questions.

Can a parent send a child to school after June 1, for example a week later?

The Education Ministry does not forbid in the general instructions children from returning to schools and kindergartens after June 1. It is up to schools to decide. 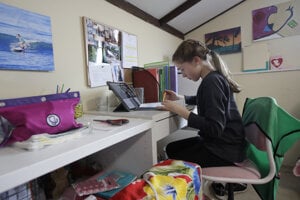 Related story:Not all parents are ready to send their kids back to school Read more

Can a child go to school for several days, then stay at home, and then return again?

The Education Ministry does not forbid suspended attendance. However, after each suspension that lasts more than three days, the parent has to write a declaration that the child does not show any symptoms of COVID-19 and does not have to stay in quarantine.

This declaration is also required with the student's first enrolment in school. It is not necessary to test children for COVID-19 after returning to school.

If the child is absent for a week and his or her place is taken by another child and the capacity is full, there is no guarantee that the child can return to their original group, said headmistress of the Primary School in Karlova Ves, Eva Horníková.

Although students of one particular group should not come in contact with members of other groups, if there are fewer children within the groups, they can be merged. If such a case occurs, the ministry recommends doing it after one week.

Horníková noted that if children are not educated at school or at home through online apps, they must provide a written excuse.

Should a parent accompany a child to school?

There is no common opinion of schools. The primary school on Sibírska Street in Bratislava sent parents a note, asking parents to bring their children in person. Students can also be accompanied by other family members living in the same household. 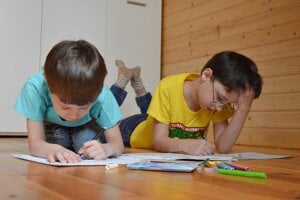 This also applies to 10-year-olds because if a child has a higher body temperature when entering the school, the parent should take them home.

The primary school in Bratislava’s Karlova Ves borough does not require parents to accompany their children when going to and from schools, except for afternoon children’s clubs when parents are obliged to collect their children or provide them with a written note stating that they can leave the school on their own.

The ministry did not explain how the schools should proceed, but only noted it cannot deal with the situation at every single school in Slovakia.

The instructions stipulate that the headmasters should agree with parents whether children can come and leave schools with other people living in the same household.

Pupils should come to school at different times so they do not meet in front of the school building and in locker rooms. Schools and kindergartens are obliged to divide the arrival of children in 10-minute intervals, for example from 7:00 to 8:00. Some parents, however, need to be at work by 6:30.

Can children bring some refreshments to school?

Yes. Schools usually require them to be hygienically packed.

Can children with food intolerances bring their lunches to school?

School canteens will cook lunches. Children with food intolerances will be allowed to bring their own food. The regulations issued by chief hygienists do not say anything about warming up food brought from home in the canteen. However, children may bring their own lunch and have it warmed up in the school canteen, spokesperson of the Public Health Authority Dáša Račková claimed.

Under regular conditions, outside of the pandemic measures, schools and parents have to agree to bring the food and warm it up in the canteen in advance.

If a school does not have its own canteen, how should a child eat lunch?

If a school does not have its own canteen, pupils used to eat lunch in another school's canteen. This is no longer allowed, however.

Instead, the school founder should secure food delivery in single-use packages and single-use cutlery. Another option is to have children bring their own food, packed in a paper napkin and wrapped in a plastic bag.

Can children who live in a household with seniors go to school or kindergarten?

Although Education Minister Branislav Gröhling said when presenting the plan to open schools that children who live with seniors will not be allowed to return to kindergartens and primary schools, there is no such condition in the regulations.