Slovaks: Getting the most out of life (from our archive)

An unusual Spectacular Slovakia trip to Banská Štiavnica and to the High Tatras, some of the country's top tourist sites. 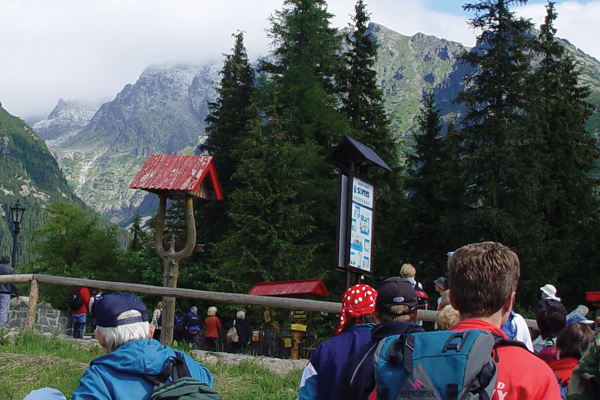 Slovak history is full of misfortune. Slovaks have endured and survived. And maybe because of their past, they seem determined to make the most of the present. One of the best things about Slovaks is that they continually plan trips to the mountains. They are always going for hikes, spending weekends at cabins, picking mushrooms, collecting berries, and having picnics.

A corollary is that Slovaks dislike minor hassles very much. A Slovak friend of mine refuses to go to the movies because he doesn't like having to choose between missing a part of the film and sitting with a full bladder. Another friend hasn't met the parents of a man she's dated for five years because the first visit is expected to be awkward.

When I asked a woman at the information booth in Ružomberok the best way to get to Banská Štiavnica, a small city about 75 kilometers away, a weighty, withdrawn look came over her face, as though she were faced with a difficult existential problem.

"You'll have to change trains twice," she said, looking at her computer screen and sighing heavily.
"Ok," I said.
"Or you could take the bus," she said. "With the bus, you only have one change."
"All right," I said. "I'll take the bus."
She shook her head disapprovingly, but told me where to go.

Banská Štiavnica is another UN recognized, or UNESCO, sight. Hundreds of years ago, it was the third-biggest city in the Hungarian Kingdom. Today 11,000 people live there. It is too small to get lost in, but big and beautiful enough to explore for days. There are cobblestone alleys, unexpected staircases, ancient homes set in the hills, dramatic iron lampposts, chiming clocks, an arboretum, and 20 reservoir lakes.

I was in town for a film festival. I saw a movie under the stars in an outdoor amphitheater. Afterwards, I listened to a rock band perform on the terrace of a local teahouse, where I ran into an acquaintance. She introduced me to some of her friends.

"How come you speak Slovak?" a girl said.
"I lived here for some years," I said. "I used to have a Slovak girlfriend."
"How many?"
"How many Slovak girlfriends?"
"How many years did you live here?"
"Three." I said.
"And your girlfriend taught you?"
"Basically."
"They say that's the best way," she said. "But why did you learn it? It is so unusual for a foreigner. She could have learnt English. Marko, come here and listen to this American. He speaks Slovak."

Marek was even more excited. He grabbed me by the elbow and showed me off to various strangers.

"Listen to this," he said. "This is a foreigner." Then to me, "Say something."
"Jánošík was a national hero who stole from the rich and gave to the poor," I said.
"See?" Marek said, to a group of strangers.
A very pretty teenage brunette rolled her eyes.

A night out in Banská Štiavnica

The stars were out over the teahouse. The drinks kept coming. When the band went off, a DJ who played Latin American music came on. For some reason, a lot of Slovaks have taken Latino dance lessons. There was a lot of good, sexy dancing.Various percussion instruments were passed around. The band's bass player, a tall, shaggy-haired college student, clinked out a Latin rhythm using two empty beer bottles. Later, about an hour before dawn, he and a guy in a blue hooded sweatshirt took the stage, grabbed two microphones and launched into a rap duel. The DJ beat-boxed. 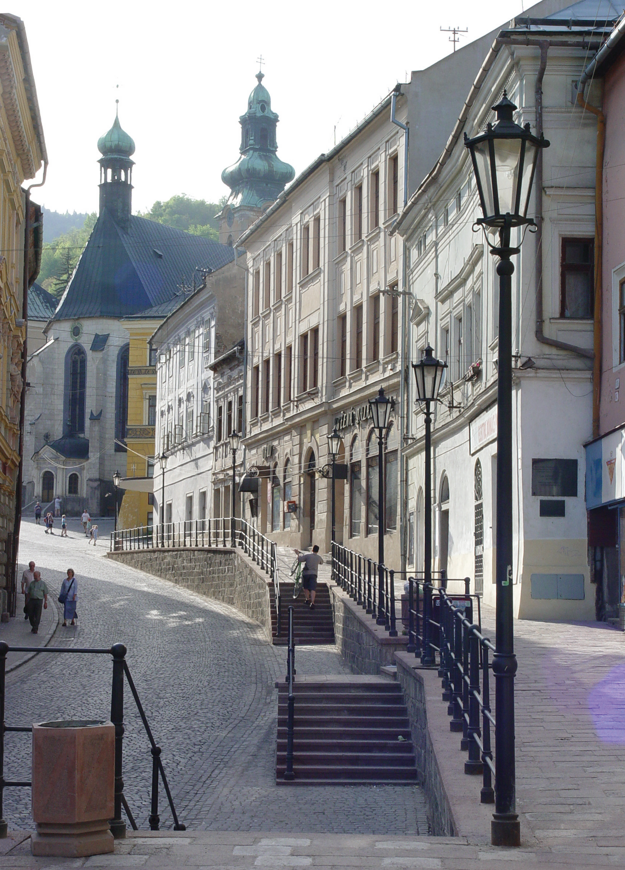 I felt honor-bound to help. But when I got on stage, I realised I didn't know how to rap. Anyhow, it didn't matter. The Slovaks had it covered.

The next day, I saw something I must have seen two dozen times on my trip: an Internet café overrun by children playing Counter Strike. All the computers were taken, and a line of children waited for an opening. I stood and watched them blow the heads off cyber goons with cyber shotguns. Their determination was beautiful.

"When can I come back to check my e-mail?" I said.

A woman behind the counter said, "They could be here all day. But sometimes if you give them a little..." She lifted her hand and rubbed her fingers against her thumb. "They let you in for a couple minutes."
"How much?" I said.
"Ten crowns will do."
I placed a coin on the counter.
The woman shrieked, "Kids! Who wants credit?"
The children turned and faced us all at once, in perfect, eager attention. The shotguns lay silent.

On to the High Tatras

From Štiavnica, where everything was old, I went to Starý Smokovec, in the High Tatra Mountains, where everything looked brand new. Color-coded signs pointed at a half-dozen angles to restaurants, hotels, bars, film shops, and grocery stores. The cobblestone streets looked like they had been laid yesterday. Everything appeared to have a fresh coat of paint. The orange spires of one castle-like hotel had a surreal, Disneyland-ish sheen.

Cable cars ran lazy tourists up the sides of the mountains. The Tatra trams shuttled visitors between a string of villages at the mountains' base. The Tatras have been a repeat candidate for the Winter Olympics. If the Olympics ever come, Starý Smokovec will be ground zero.

I wasn't used to order and luxury in the Slovak mountains. I was used to wooden cottages and dirt paths. I expected to pay more for these amenities, but that wasn't the case: the restaurants were cheap (Sk120 for a meal) and I found a place to stay for Sk175.

I came to the Tatras with three young English tourists. I had met them at the Poprad train station. There was a half-albino with a cockney accent, a short Arab-studies major named Loveday, and an unemployed journalist who admired beat writers and emulated them by drinking and traveling. We decided to share a room. I was glad for the company, and they were glad to have a guide.

We checked into the summer-campy Hotel Junior, made up of six long, rectangular barracks. The Hotel looked empty, and we had a whole barracks to ourselves, although a key to just one room. There were four bunk beds. We paid the receptionist for one night, and told her we'd let her know in the morning if we wanted to stay longer.

After an afternoon of light hiking, we ate dinner at a chata. Lomnický Peak - the second highest point in Slovakia - towered behind us. Matchbox cities, carpets of green trees, and gold parallelograms of hay spread out to the south.

The English ordered beers and drank steadily for the next eight hours. 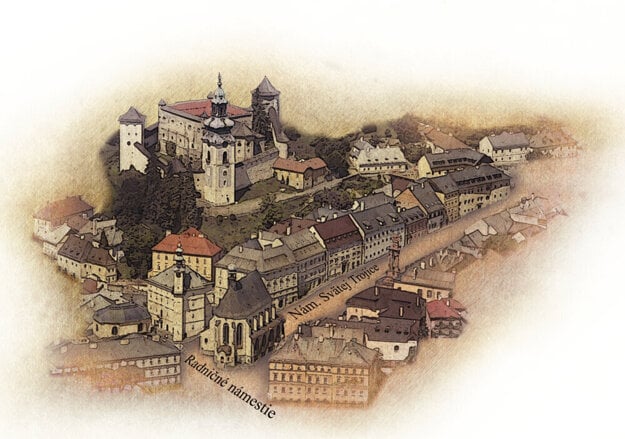