Charges concern the reportedly illegal mining related to the construction of highways D4 and R7 near Bratislava. 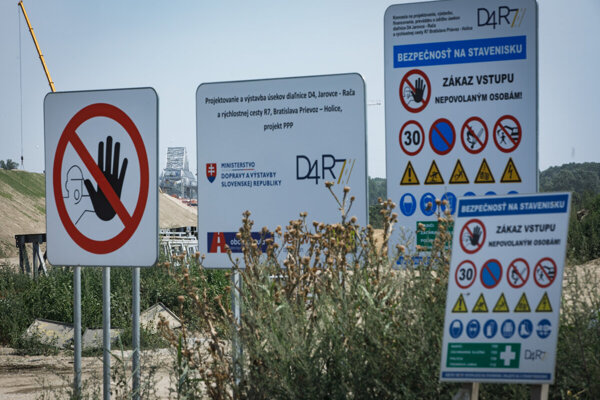 The police have brought charges against two top managers of D4R7 Construction for the crime of endangering and damaging the environment. (Source: TASR)
Font size:A-|A+  Comments disabled

The police have filed charges against two top managers of D4R7 Construction for the crime of endangering and damaging the environment.

The accusation is related to the reportedly illegal mining of materials intended for the construction of highways D4 and R7 in the municipality of Dunajská Lužná, lying 15 kilometres away from Bratislava. They reportedly caused €12.5 million in damage to the environment. The charges were brought against the managers on May 30, as reported by the TASR newswire.

D4R7 Construction, owned by the Spanish construction company Ferrovial Agroman and the Austrian Porr Bau, has rejected accusations laid down by the police. It told TASR measures taken by the police are unfair and humiliating.

Who are the charged men?