New Supreme Court head: Before we cleanse the courts, we need to define how

Ján Šikuta would open the selections of judges for the public. 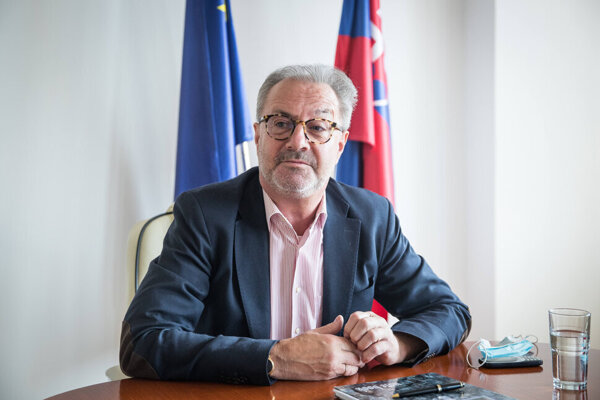 The new Supreme Court President Ján Šikuta says that he will propose changes for the whole judiciary rather than just the court he was appointed to lead.

Which your cases throughout your career stands out for you?

Ján Šikuta (JŠ): It was the Vincent Lambert case against France, which we dealt with toward the end of my term in Strasbourg (Šikuta served as the European Court for Human Rights in 2004-2015 - ed.note).

It was very interesting not just professionally, but also at the human level. Lambert was a relatively young person, with a family and children, but he was paralysed after a car accident. He could receive nutrition, communicate with his eyes, but could not move. It took several years for his wife to request that he be unplugged from the machines that kept him alive.

What did you have to take into account when deciding?

JŠ: It concerned article two of the human rights accord, on the right to life. The discussion was whether a person like this has the right to continue living, or can be unplugged from medical equipment. The main issue was whether it would be considered euthanasia, which is banned in France. I found myself among a minority of five judges in the grand 17-member senate. We claimed that disconnecting him from the machines would kill him, thus we were against it. The majority were, however, of the opposite opinion.

JŠ: There are 17 judges in the grand senate, plus three substitute judges. The judge rapporteur is chosen from among them. A judge from the state being sued must also be represented.

Judge rapporteur prepares an analysis why they propose some decision. It is like a small graduation thesis, which they present for an hour, or even more.

Then the national judge takes their turn, joining or rejecting the proposal in a similar analysis complete with detailed reasoning.

All members of the senate then take part in the debate, which might take a day, sometimes more. And then there is a vote.

You served in Strasbourg two years longer than your term, because Slovakia was not able to propose an acceptable candidate for the ECHR judge. How did you perceive the attempts to push candidates who did not speak the language, or were failed politicians like Radoslav Procházka?

JŠ: These things should not happen. These are important posts and the selection has several phases. It is not like someone just says that they are going to put a person in place and it is a done thing.

Several Council of Europe recommendations state what a proper candidate should be like. If they were adhered to, Slovakia would not have their candidates returned.

Was it shameful for the country? Did your colleagues talk about it?