The statue has been repaired after vandals tore it down two years ago. 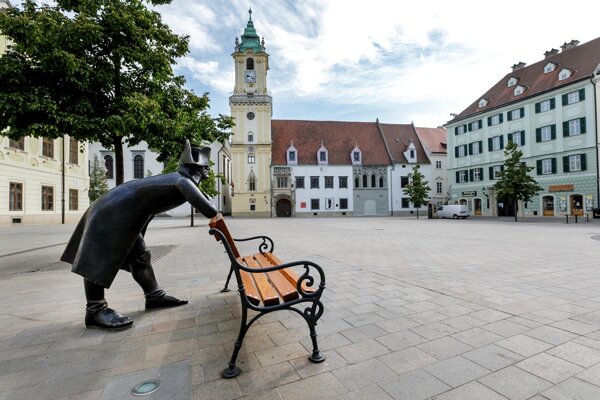 The Napoleonic soldier is back on Main Square. (Source: TASR)
Font size:A-|A+508

The bronze statue of a Napoleonic soldier, a popular photo-op for tourists, is back in Bratislava’s Main Square. It has finally returned after an investigation and repairs lasting two years. The restoration was slowed down by the protracted investigation and in addition as it is a piece of art, the Old Town had to respect the opinions of the inheritors of the copyright of its creator, sculptor Juraj Meliš.

“After the investigation was over, sculptor Daniel Janec repaired the sculpture,” Bratislava's Old Town council informed on social networks, adding that a young man has confessed to the vandalism.

The sculpture was re-installed in such a way as to prevent it from tipping over. They also exchanged the wood on the bench for a harder and more resistant material. 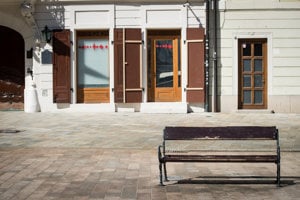 The soldier was also subject to repairs in 2013. At that time the statue itself was not damaged, only the bench upon which the soldier is leaning.

Soldier has overlooked the square for more than 20 years

The statue of the Napoleonic soldier was installed in the Main Square, at the very centre of the Old Town, on July 26, 1997 on the occasion of the opening of the revitalised pedestrian zone. It is a reminder of when the Napoleonic army targeted the then Pressburg, today’s Bratislava.

During the same year the sculptures of Čumil and Schöne Náci, also works of Juraj Meliš, were installed in the city centre.

Thank you for singing up. Shortly an email will be sent to the address you provided to verify your e-mail.
Error! Please try to register again later, your e-mail was not registered.
Your email is not in a correct format.
Please confirm you are not a robot.
Share on Facebook (508)Comments disabled