Unemployment grew faster in Slovakia than EU average in April 2020

Eurostat data shows the unemployment rate went up to 6.8 percent in Slovakia in the month that was most affected by anti-pandemic measures. 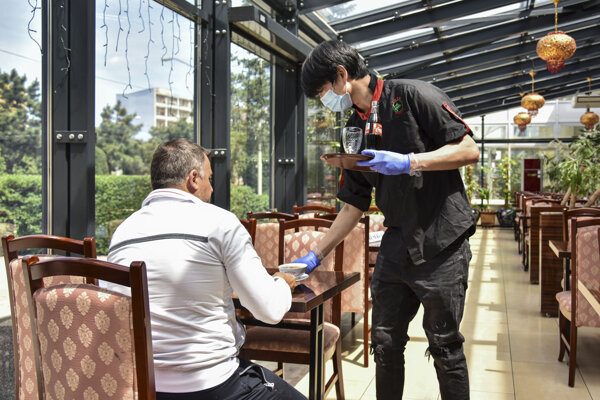 Slovakia's unemployment rate grew faster than both the eurozone and the EU average in April.

The latest Eurostat data shows that the unemployment rate in Slovakia increased by 1.2 percentage points in April in the month-on-month comparison, from 5.6 percent in March to 6.8 percent.

The eurozone average increased from 7.1 percent in March to 7.3 percent in April after seasonal influences were excluded.

The EU average stood at 6.6 percent in April compared to 6.4 percent the month before.

The reason behind the increase in the unemployment rate was the measures that EU member states put in place to prevent the coronavirus from spreading among their populations, the TASR newswire reported.

Eurostat estimated that 14.079 million people were without a job in the EU in April, of which 11.919 are in the eurozone.

Eurostat also reported that of the unemployed in the EU in April, 2.776 million were young people up to 25 years of age. The unemployment rate among this age group rose in the EU to 15.4 percent, up by 0.8 percentage points in the month-on-month comparison.

The statistics also show that the unemployment rate for women increased slightly to 6.8 percent in April 2020, while for men it stood at 6.4 percent compared to 6.1 percent in March.