Slovakia experienced record drop in export and import in April

The measures and consequences of the pandemic gained full force in April, not only in Slovakia, but also for Slovakia’s most important trade partners, an analyst said. 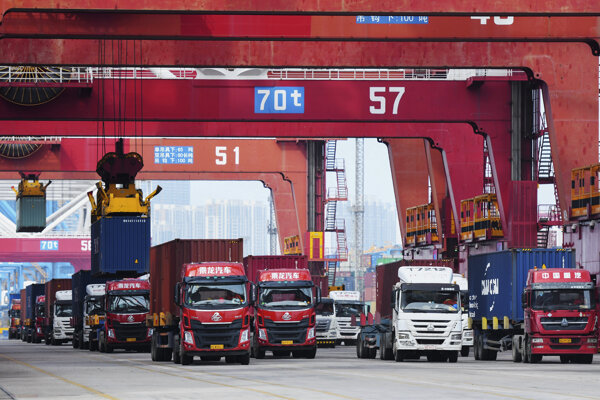 Measures adopted in connection to the coronavirus pandemic in April 2020 contributed to the development of Slovakia's foreign trade significantly. The total export of goods decreased by 43 percent and the total import of goods by 36.6 percent compared to the previous year.

The foreign trade balance was thus in deficit, amounting to €492.1 million, up by €388.2 million year-on-year, according to the data of the Statistics Office.

“The measures and consequences of the pandemic gained full force in April, not only in Slovakia, but also for our most important trade partners,” Eva Sadovská, an analyst with WOOD & Company, wrote in a memo.

The highest monthly deficit since late 2008

Foreign trade reported the biggest monthly deficit since December 2008, according to Ľubomír Koršňák, an analyst with UniCredit Bank Czech Republic and Slovakia.