On drinking with Slovaks (from our archive)

A slivovica-soaked memory, vinobranie, and everything you wanted to know about cabbage. 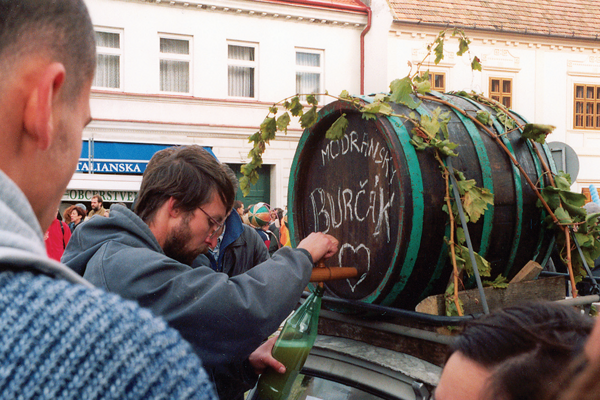 This is an article from our archive of travel guides Spectacular Slovakia, written in 2004. We decided to make this gem available to our readers, making only necessary adjustments. For up-to-date information and feature stories, take a look at the latest edition of our Spectacular Slovakia guide.

Many tourists who try Slovak beer never taste two other local drinks - slivovica (plum brandy) and jablkovica (apple brandy). You can buy slivovica and jablkovica in stores and bars, but they are stronger and purer when homemade. Making moonshine is a common Slovak hobby. There are distilleries in cities and villages that process fermented mash for a small fee.

Some Slovaks jerry-rig personal distilleries at home (which is technically illegal). However made, hundreds of thousands of liters of moonshine must be floating around the country. Most households seem to have a bottle or two, and when I told friends I wanted some a couple years ago to take back to the US, I had three bottles on my hands within a week.

From Trenčín, I took the train to Rajec, a town outside Žilina, to help my friend Andrej and his uncle carry barrels of apple pulp to a local distillery. The uncle wasn't a drinker - he just hated to see the damaged apples from his garden go to waste. So there was no boozing that day (Thank God). On the train, I told Andrej about the time, two years before, when I had gone to an acquaintance's apartment on Easter to buy jablkovica.

I had been staying at my girlfriend's parents' house that weekend and had met the man in the village pub. He was in his 40's. He had a large head, and a crooked, gap-toothed grin. He insisted I come over the next day to try his homemade brandy. He'd give me a deal on a bottle if I liked the taste.

My girlfriend stood outside with her family's Saint Bernard as I was buzzed into his apartment building.

His wife walked in, carrying a tray of open-faced sandwiches. She set the tray down, placed a giggling baby in a swing that hung in a doorway and sat next to us.

Time turned liquid after that. Hours became seconds and seconds became hours. There was the baby giggling in the swing, more shots, the wife saying, "I can't believe an American is in my living room," the Saint Bernard somewhere down below, the man's huge, gap-toothed grin, a broken bottle that seemed to be my fault.

Somewhere in there my girlfriend got me to her parents' house. It was a strange and difficult Easter.

Another popular Slovak beverage is burčiak, a premature wine with the consistency of apple cider. According to Slovak legend, every man should replace his blood every year with two liters of burčiak. Burčiak is available only in the fall though, and only for a few weeks. It is the drink of choice at Vinobranie (lit. wine harvest) festivals held in September and October in Slovak towns where wine is made.

The basic features of vinobranie are:
- Burčiak, kačka (duck) and lokša (a tortilla-like food made from potatoes)
- thousands of Slovaks
- hundreds of stands selling Slovak crafts
- folk bands and dancers
- carnival rides

I missed the biggest Vinobranie, which takes place outside Bratislava, while travelling in the east. So I took a bus to Stupava, a town just north of Bratislava, for the Dni zelá (cabbage days) festival, which was almost the same thing.

The bus ride from Bratislava lasted 30 minutes. The driver was a friendly, heavy-set man. About half way there, a woman boarded the bus and handed him a bag of potatoes. Ten minutes later, the driver parked the bus on the side of a narrow country road, left the engine running, threw the bag of potatoes over his shoulder, walked off the bus, crossed the road and entered a house. Two minutes later, he emerged from the house, without the potatoes, crossed the road, got behind the wheel, put the bus back in gear and we drove off.

Stupava is part of the Záhorie region. Locals - Záhoráci - speak a dialect somewhere between Czech and Slovak. Like Poles in the US and blondes everywhere, Záhoráci are the butt of many jokes. Here's an example:
Two Záhoráci are standing on opposite sides of a river. One shouts, "How do you get to the other side?" The other shouts, "You already are on the other side."

I asked an old man who got off the bus with me if he knew any Záhorák jokes. He smiled, scanned his surroundings and said he didn't.

He and I walked to the festival together. He walked with a cane, but he walked fast, and he had big arms, and a big, barrel chest.

Booths lined the road. In one, a man was stuffing heads of cabbage into a giant grater. White squiggles came out the other end. A line of people, some of them holding garbage bags, waited to buy the squiggles at Sk18 a kilogram.

"Slovaks used to make everything you can imagine out of cabbage," the old man said, handing me a burčiak. "We stomped the cabbage in the fall and ate it until May."
"Stomp?" I said.
"With our feet," he said. "In big barrels. Some families had four barrels."
I nodded.
"We stomped the cabbage," he said. "Then we put a stone on top. Water rose up. Then once the cabbage started fermenting ..."
"Fermenting?" I said.
"Yeah, fermenting."
"How long before cabbage ferments?"
"About three weeks," he said. "Faster if you stomp it with dirty feet."
"Why?"
"Bacteria," he said. He took a sip of his burčiak.

I dawned on me that I knew very little about cabbage. For example, I hadn't known cabbage fermented. I thought sauerkraut was pickled cabbage.

"I tried cabbage for the first time four years ago," I said.
"Is that right?" the old man said. "So once the cabbage starts fermenting, you remove the excess juice and replace it with water, otherwise it'll spoil. You use the juice to make sauces.
"We made cabbage soup, of course. We baked cabbage into bread. We had ovens built into the walls, with a fire underneath. We laid the dough thin and pressed the cabbage into it.
"This place," he gestured to indicate Stupava, "is known for cabbage. That doesn't mean it's the best. I personally prefer cabbage from outdoor markets. The best place in Bratislava ..."
And he talked about cabbage for another half hour. 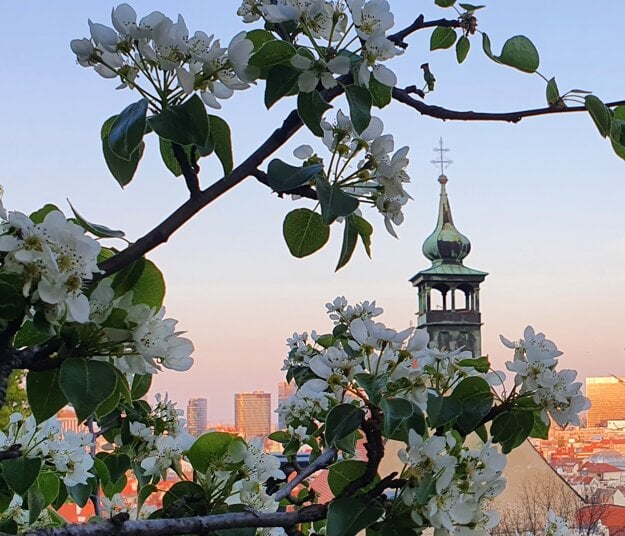