Štefánka is among the most famous of Bratislava's cafés due to its history and the level of services provided. 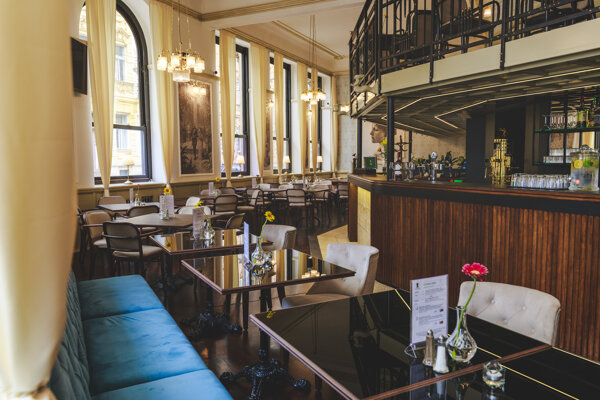 In 1897, the architect and builder Alexander Feigler jr. built an eclectic, semi-detached house on the corner of Pallisadenweg and Kohlmarkt. The house's owner was Rosa Fleischamn, who later rented it out to Bela Hackenberg. The Hackenberg family ran the cafeteria from 1904, when they begged Her Highness Princess Stephany, the widow of the Hungarian- Austrian successor to the throne Prince Rudolph, to name the cafeteria after her.

The newly- emerged Stephany Caffe (Stephania, Stefania Kavahaz) has belonged among the best cafes in Bratislava from the start. It quickly became the place to be and a beloved meeting place for bohemians, artists, writers, doctors, lawyers, workers, officers and students.

This year, the cafe celebrates 120 years since the building was constructed. In celebration of the milestone anniversary, Stephany has been completely reconstructed and reopened. 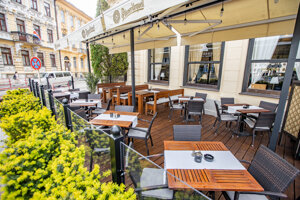 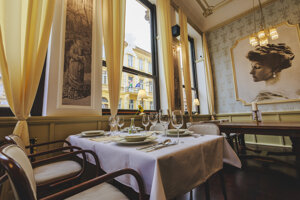 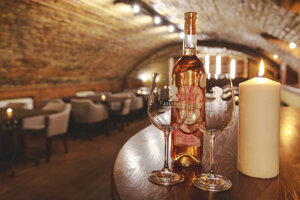 Besides the Journalists club, i.e the restaurant and cafe, the premises housed a Journalist Research Board with a library and reading room, union offices, and the editorial offices of the Večerník daily and Výber weekly. A lot of journalists met there during the whole day and evening. Sadly, many of those who did not agree with the military intervention of the Warsaw pact armies in Czechoslovakia lost their job and their membership in the union.

Since 1989, the building has been the residence of the Slovak Journalists Syndicate, the successional body of the union. The journalist club Pulitzer moved to the ground floor in 2011 and has become the Pulitzer restaurant. The journalists now meet on Facebook. 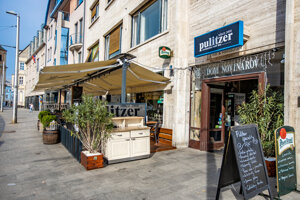 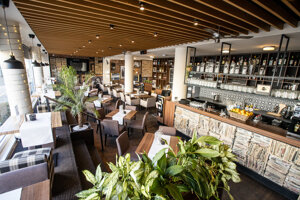 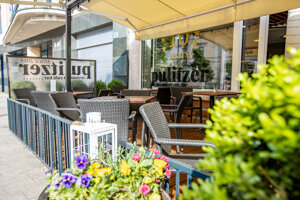