Cooled superfluid Helium-3 acts like the vacuum of the universe, Peter Skyba tells us. Why does low-temperature physics matter? 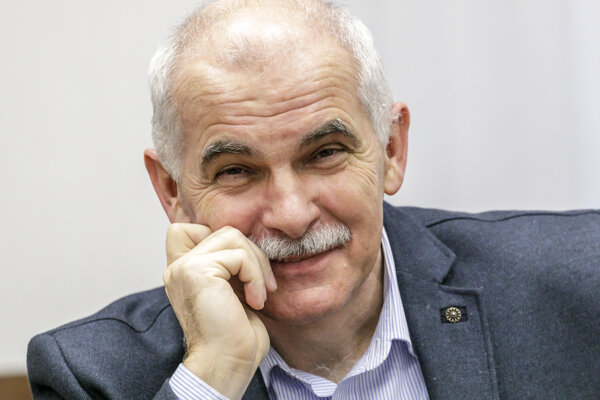 Physicist PETER SKYBA has been named Slovakia's Scientist of 2019. The Slovak expert received this honour for his achievements in the study of the properties of substances at very low temperatures, in particular superfluid Helium-3, and for the development of this field of physics in Slovakia.

"It's amazing to have the whole infinite universe in a drop of Helium," he said, describing his research during the June 16 award ceremony.

Today, Skyba works at the Centre for Low-Temperature Physics, which falls under the Institute of Experimental Physics of the Slovak Academy of Sciences (SAV).

In your research, you focus on very low temperatures. Do you feel that your tolerance for cold has changed because of your work?

It probably is not because of my work but I harden up with a cold shower every morning and I also go to the Domaša water dam. The water temperature there is 6°C. So, my tolerance has generally shifted.

While for many people, -20°C is tremendously cold, it is hot in terms of your research. What temperatures do you normally work with?

It must be said that we do not use the Celsius scale, but the absolute one, which is expressed in kelvins (K). We can get to temperatures very close to absolute zero (-273.15 °C).

We are essentially pushing the boundaries of knowledge further and further.

What can you achieve by such cooling?