From manufacturing to something better. Industry 4.0 could redefine Slovakia

Education responding to the labour market and lifelong learning remain keys to success. 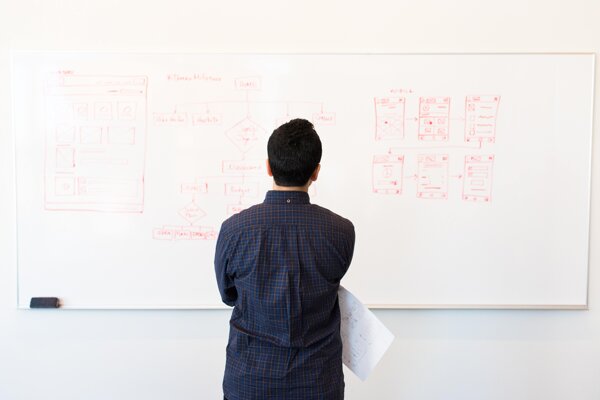 Thousands of robots are churned out daily by Rossum’s Universal Robots to replace workers since global natality is decreasing. Karel Čapek’s utopian world of robots, portrayed in his 1920 book R.U.R., appears to be partly turning into reality.

The International Federation of Robotics said automation in Slovakia, heavily dependent on the car industry, has rolled up; in 2019, the number of robots per 10,000 workers in industrial production stood at 151, which is nearly double the global average.

“The implementation of elements of automation in production will mainly endanger routine work activities,” Martin Hudcovský of the Institute of Economic Research at the Slovak Academy of Sciences told The Slovak Spectator.

Retraining the existing workforce from routine to creative tasks is very difficult and costly, with the outcome being uncertain.

Automation will also affect, he added, highly skilled jobs such as pharmacists and translators. It is the fourth industrial revolution, which implements smart technologies and creates new industrial fields, including nanotechnology, self-driving vehicles, and renewable energy, which will cause robots to take over tasks completed, so far, by people, who will instead perform new work activities.

“As much as 40 percent of jobs may disappear or change in the coming years as part of the transformation of the economy, much of them in western Slovakia for the car industry,” Petra Zappe, AmCham’s Innovations Policy Officer, said.

The OECD and various experts approached by TSS underline Industry 4.0 will also create new jobs, requiring workers to upgrade their skills. Slovakia must, as a result, speed up not only the diversification of its economy but also the transformation of education, including the support of lifelong learning, research, and innovations, to prevent high unemployment.

The European Commission’s proposal to set up a recovery fund of €750 billion and assist member states in coping with the implications of the coronavirus pandemic is, therefore, a great opportunity for Slovakia. The country could obtain €8 billion from the fund, AmCham said, to build a green, knowledge-based economy and improve the quality of life in regions.

Given a fertility curve and the dynamics of the country’s labour market, it is inevitable that Slovakia must automate. 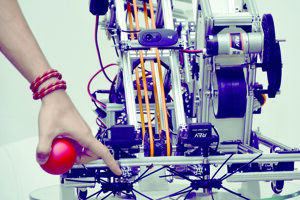 Read also Future of Industry 4.0 is in AI Read more

The staffing firm, ManpowerGroup Slovakia, measured in its Talent Shortage 2020 survey that 57 percent of employers in Slovakia could not find a workforce in 2019. Automation will transform 49 percent of jobs in production in five years, but the pace of change will also depend on the costs and social acceptance.

What is more, automation can increase labour productivity, the Association of Industrial Unions (APZ) stated. This is of particular urgency for Slovakia since the system currently in place, in which wages grow faster than productivity, is not feasible.

“Two thirds of firms in Slovakia produce only a third of the added value of the Slovak economy,” APZ noted, adding that over half of the country’s labour force works in these firms.

With automation-driven productivity growth, APZ reassures that employees will not lose their jobs but rather obtain better-paid and more creative jobs.

While automation-created jobs are still difficult to be identified, Hudcovský argued that “Industry 4.0 may bring about a synergic effect for people in the creative industry because robots cannot replace people in this field.”

The World Economic Forum stated in its 2020 Jobs of Tomorrow report that seven professional clusters and 96 jobs will grow in demand soon. Most new job opportunities will arise from the clusters of the care economy, sales, marketing and content, followed by data and artificial intelligence, in the coming three years.

Nonetheless, managers, teachers, and healthcare and social workers will continue to be needed, regardless of automation.

If Slovakia fails to make this transition to the automation industry, it will face a rise in unemployment and lower wages in future. 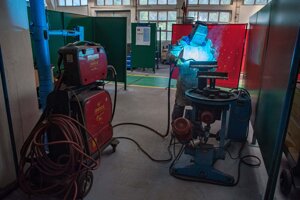 The education system will play a major role in enhancing Slovakia’s competitiveness, GDP growth, and keeping its talent in regions.

“Retraining the existing workforce from routine to creative tasks is very difficult and costly, with the outcome being uncertain,” Hudcovský said. He emphasised the importance of critical and creative thinking from an early age.

The Education Ministry said it aims to complete the process of informatisation in education by 2030. Some insist more must be done.

“We see a comprehensive and functional lifelong learning system as an essential part of tackling the problem of how to secure decent, well-paid jobs for more people and to better respond to the needs of the economy within Industry 4.0,” AmCham Education Policy Officer Peter Rusiňák said.

The demand for digital skills, for example, has been growing since 2015 in digital production. APZ suggests Slovak education should focus on soft skills, especially social and technological ones, not the content.

Nevertheless, the ability to learn new skills “on the go” is and will remain the most wanted skill asked of people.