At Sand Kingdom you can see nine beautiful Slovak castles all in one place. 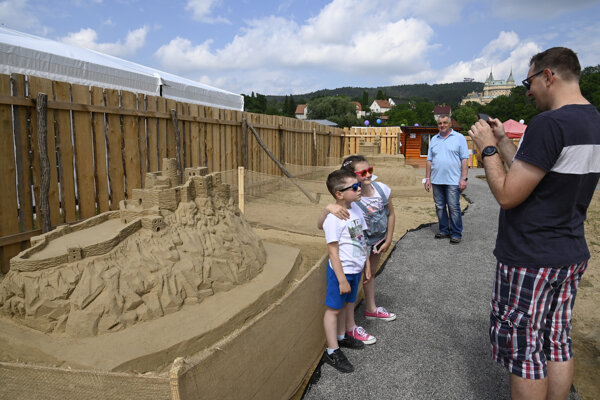 Sand Kingdom with statues of a dragon, a king, a princess and nine Slovak castles can be found in Bojnice, a popular destination for tourists in the Trenčín region. You can discover more about the town and its romantic castle with our Trenčín guide.

Sand Kingdom is the creation of five sculptors who worked on it for two weeks.

Traipse through a region entangled in tales of romance, torture and prestige with the Trenčín Region Travel Guide. (Source: Spectacular Slovakia)

“The hardest thing was carving Bojnice Castle which dominates its surroundings and is very extensive,” said Viktor Reisel, who is behind the idea, as quoted by the TASR newswire. “It has many towers and windows which make it complicated,” he added.

The main sculptor of the statues was Adam Bakoš, who was also in charge of the ice cathedral at Hrebienok and the project took an amazing 130 tons of sand to complete.