May be accessible to the public in future. 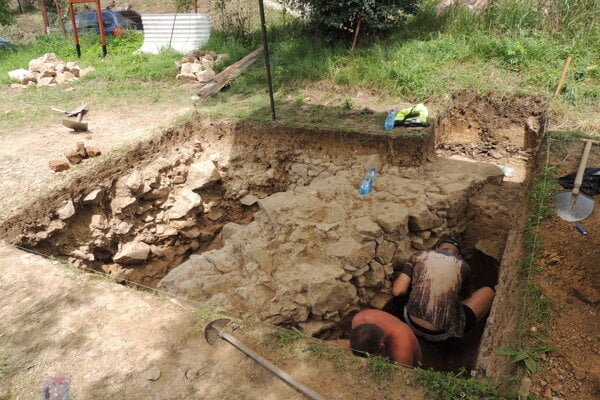 About 40 volunteers worked under the expert supervision of archaeologists in the past days in Nová Baňa to reveal the bases of a unique Potter atmospheric steam engine, the first of its kind on the European continent.

The atmospheric steam machine was located in the Althandel shaft and was used in the 18th century. Enthusiasts from the Novobanský mining association decided a while ago to reveal this treasure to the public, hidden in the garden of one house. 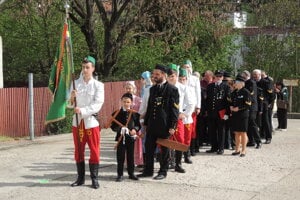 Matej Styk, an expert assistant from the Department of Archaeology of the Constantine the Philosopher University in Nitra, said that two-week research followed last year's findings of the archaeologists. Its aim was to research the discovered construction and the discovered features, proving mining activity in the 18th century.

“In two weeks, we succeeded in uncovering the entire measurement of the Potter engine room, about eight and 14 metres,” he said, as quoted by the TASR newswire. He added that the masonry is compact, undamaged, located about 30 to 40 centimetres under the ground surface.

Thanks to research, they can prove that activities were ongoing not only in the 18th but also in the 19th century. In the interior of the engine room, the bases of another construction was found, about which there was no knowledge until now. 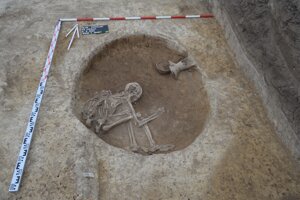 People were living near Piešťany in the Neolithic age Read more

“There were many tiles from a stove inside,” Styk noted for TASR. “We think that the building was wooden. It has a stone foundation wall and inside another production activity was ongoing.”

Styk noted that the measures of the engine room itself were surprising. The building was bigger than they anticipated.

They succeeded in finding several interesting objects during the research, a mining button from probably the 19th century, a pipe or various iron nails and components.

The steam engine served to drainage of water from mine. The head of the Slovak mining archive in Banská Štiavnica, Peter Konečný, said that it was built by Isaac Potter in the Althandel shaft in the years 1721-1722.

“Isaac Potter operated this machine alongside his colleagues within the mining industry, which received the right to mine local ores,” Konečný noted, as quoted by TASR.

However, mining was not successful, over in a few years and the machine put out of the operation, Konečný said. 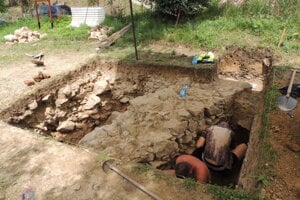 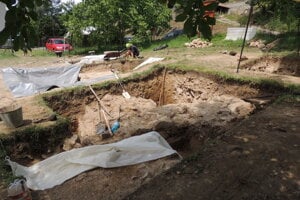 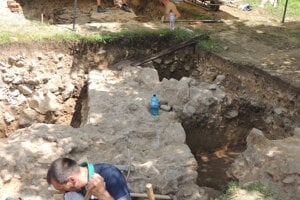 Potter remained for several years, but the state, which paid the construction, offered the opportunity to shift it to another private miner, to Hodruša.

“There we lost its traces, because the supposed shift to Banská Štiavnica did not happen,” said Konečný for TASR, adding that this assumption is not proven.

The remains of the unique machine should be accessible to the public in the future. The association would like to build an open-air folk museum at the site. They succeeded in persuading the municipality in purchasing the house with the garden where the engine room was discovered.

The head of the association, Zoltán Vén, said that the original owners did not have a clue as to the treasure in the ground. The association was behind the finding, which discovered it in accessible documents. 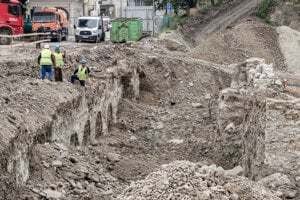 Vén noted that they have big plans with the compound. They would like to build a replica of the machine and they have some ideas on how to use the house as well. It should be the headquarters of the mining association and a museum exhibition.

Vén said that last year, British Ambassador Andrew Garth, who is leaving Bratislava at the end of July, also visited the place.

Thank you for singing up. Shortly an email will be sent to the address you provided to verify your e-mail.
Error! Please try to register again later, your e-mail was not registered.
Your email is not in a correct format.
Please confirm you are not a robot.
Share on Facebook (148)Comments disabled