Slovakia was removed from the ‘all but essential’ travel list, but those travelling to the British Isles have to go into self-isolation. 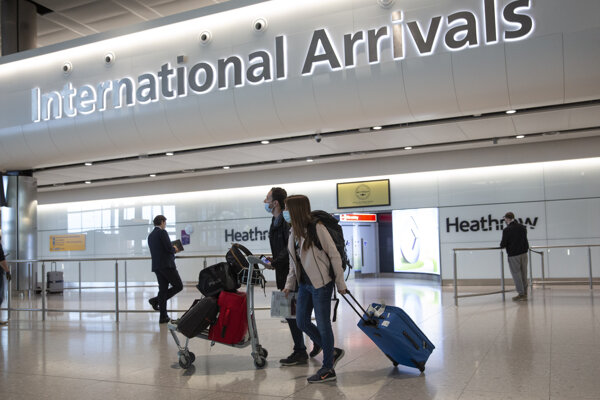 Following a dropping number of new coronavirus-positive cases, the United Kingdom decided to open pubs, bars, restaurants, hairdressers and barbers. It will also open its borders to travellers from some countries as of July 10.

The British Foreign & Commonwealth Office has introduced a travel corridor exemption for some countries and territories, which means that people who have stopped in these places only before their arrival in England during the previous 14 days do not need to self-isolate.

However, Slovakia is missing from this list although the country's epidemiological situation is better than in its neighbouring countries, the Sme daily reported.

The Slovak Foreign Affairs Ministry has already complained to the British Embassy.

The Foreign & Commonwealth Office has extensively reviewed the conditions in 67 countries, including Slovakia, and consider them to no longer pose an unacceptably high risk to British nationals.

“Therefore, the previous advice against all but essential travel to Slovakia has ended,” the British Embassy wrote on Facebook.

However, the country is missing in another list, a categorisation of countries and territories without a requirement of 14 days of self-isolation, developed by the UK’s Joint Biosecurity Centre, in close consultation with Public Health England and the Chief Medical Officer. This will come into effect on July 10.

For the time being, travellers from Slovakia will still have to self-isolate upon arrival in the UK after this date, the embassy continued.

“However, the list is under constant review and further countries and territories may be added in the future,” it wrote on Facebook.

Political decisions should not be preferred over the epidemiologic situation, opines Martin Klus, state secretary of the Foreign Affairs Ministry.

“We were concerned by the information, and I also told the British ambassador about it,” Klus told Sme. “The restrictions are probably linked to reciprocity.”

Slovakia still has not listed the UK as a less risky country, and the ministry recommends travelling there only if necessary.

After arriving from the UK to Slovakia, one needs a negative COVID-19 test and must undergo mandatory isolation. The situation is not expected to change until at least July 14, when epidemiologists will reassess the list of less risky countries, Sme wrote.