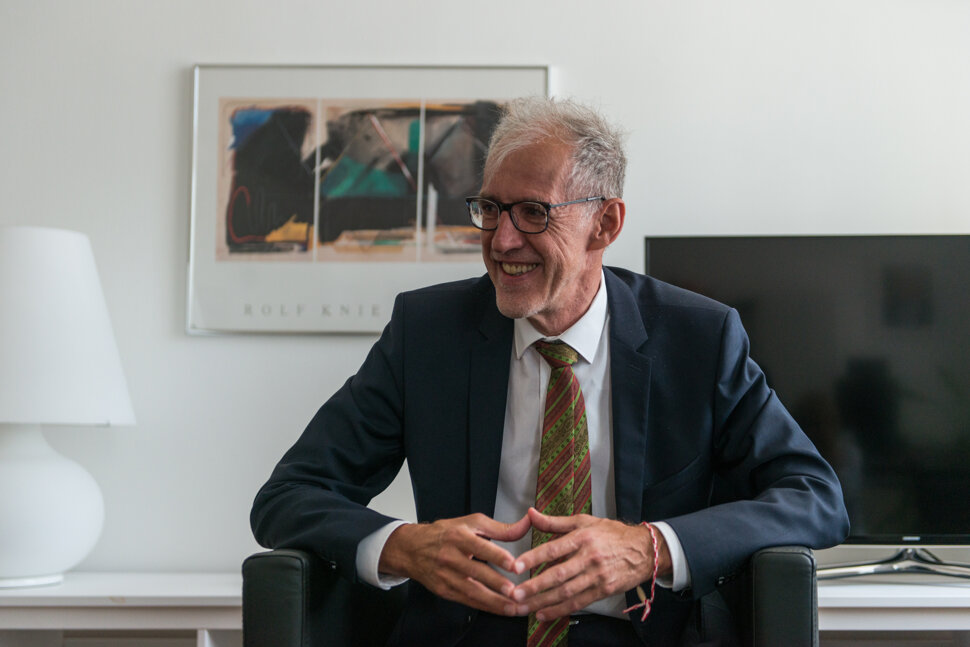 When Joachim Bleicker first came to Bratislava four years ago to serve as the ambassador of Germany, Slovakia was just taking over the rotating presidency of the EU Council for the first time. The Slovak Spectator spoke to Ambassador Bleicker on July 1, the day Germany took over the presidency.

Read the interview with Ambassador Bleicker about:

The Slovak Spectator (TSS): How did the pandemic affect the work of diplomats?

Joachim Bleicker (JB): It was a crazy situation for diplomats. We live from contact, talking to each other, meeting other people. And in the beginning of the pandemic none of that was possible.

TSS: Instead, the borders closed and you had repatriations to deal with.

JB: Yes, although in our case it was easier than for most, since Austria never closed its borders for transit to Germany. It was a little complicated when the international connections were interrupted from one day to another. People in fact needed to walk across the border, but in Wolfsthal or Kittsee they could take a train to Vienna airport or to Germany. Other embassies could not tell their people so easily to just walk across the border and take a train in Austria, also due to the language barrier. Slovakia was very helpful - they offered Germans travel home to Germany with otherwise empty buses the Slovak government was sending to France or the UK to repatriate the Slovak citizens from there. There was one big issue for the embassy - students. Bratislava universities very quickly told foreign students to leave, but in Košice, they were told to stay to avoid quarantine once they returned. We really needed to tell the universities to consider the special situation of foreign students and that it was unrealistic to expect students to be able to return to Slovakia anytime soon.

TSS: The pandemic ended your rather tumultuous term here in Slovakia. Your embassy was directly involved in dealing with one scandal, the abduction of a Vietnamese citizen.

JB: It was unique and unheard of incidence, and it will be interesting to see in 20-30 years’ time when historians look into what really happened and why. In Germany, it was treated as a case for the courts, not primarily as a political issue, but it certainly burdened our relationship with Vietnam. It was important for us that our courts could proceed with the trial and come to a verdict. The courts asked the Slovak side for judicial help and help was given to the requested extent. There was a bit of back-and-forth, but we had no reason to say the Slovaks did not help us. For a long time they did not investigate anything on their own. They considered it a German issue, highly improbable that Slovakia had anything to do with it.

TSS: So it is a closed case for Germany now?

JB: The trial could proceed in Berlin and people were convicted. It was clearly established that there was a Slovak angle and that the abduction was only successful thanks to the use of a government plane to fly to Moscow. As far as we are concerned the facts are established, it is up to the Slovaks to decide whether they want to get a clearer picture of what happened in Slovakia.