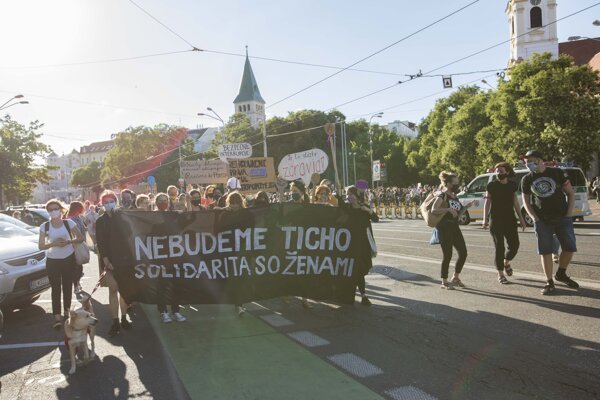 "We will not be silent. Solidarity with women." (Source: SITA)
Font size:A-|A+55

The discussion on toughening up abortions has returned to the parliament. As many as four drafts aiming to complicate the access of women to abortions will be discussed at the July parliamentary session, which started on July 7.

In response, hundreds of people hit the streets with wooden spoons in Bratislava, Liptovský Mikuláš, Banská Bystrica and Košice to protest against such attempts.

The protest organisers invited the participants to bring wooden spoons, pots, brooms and other equipment for housework and express their “civil disobedience”. 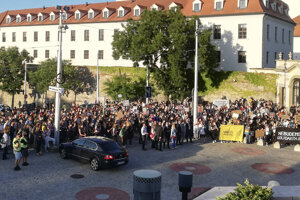 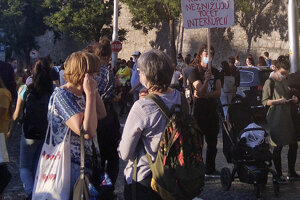 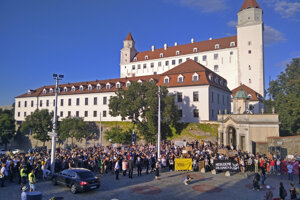 They wanted to show that at a time society is struggling with problems resulting from the coronavirus pandemic, legislators are dealing with how to limit sexual and reproductive rights.

The protest was initiated by the non-governmental organisations and initiatives Aspekt, Možnosť Voľby (Option to Choose) and Povstanie Pokračuje (Uprising Continues).

Harmful and dangerous for women

With attempts to toughen up the abortion laws, the parliament showed women that they are not able and entitled to make decisions about their body and lives, that they are potential murderers and they do not matter, Adriana Mesochoritisová from Možnosť Voľby told the Sme daily.