You can sit on Václav Havel’s bench in Bratislava

The bench in the Old Town is 36th bench of its kind in the world. 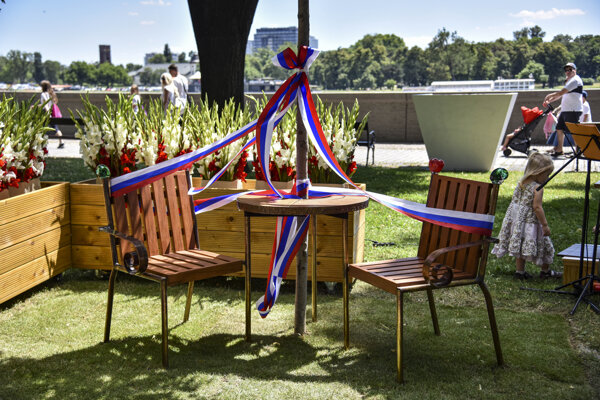 Bratislava now belongs to the cities throughout the world that have commemorative places dedicated to Václav Havel.

In the Slovak capital, which is possible to explore with our Bratislava travel guide, a bench commemorating Václav Havel was installed in a park on Vajanského Nábrežie (Vajanský Embankment). It was put in place on the occasion of the 30th anniversary of his election as the first post-revolution and non-communist president of Czechoslovakia.

The art piece consists of a round table surrounding a maple tree with two chairs beside it, which symbolises open dialogue.

“We are happy to have this place that is very symbolic,” Zuzana Aufrichtová, the mayor of Old Town, told the TASR newswire. “I would say not politically but in the human dimension. It has Havel's legacy in that it is not a hard piece of art but talks to the heart,” she said.

The first one was in Washington

The Old Town will have this bench for 99 years. The borough pledged to take care of it. It is a real bench, not an object from a museum, so people can sit on it and talk.

The bench was designed by designer and architect Bořek Šípek. Czech Ambassador to the US Petr Gandalovič came up with the idea to create a series of the same commemorative places dedicated to president Václav Havel. 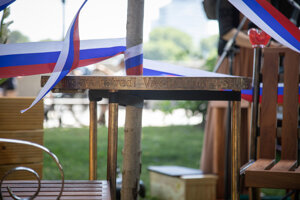 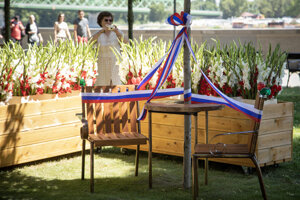 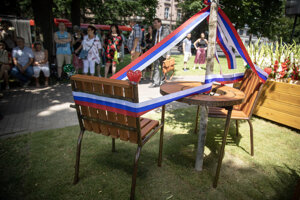 The first such bench was revealed on October 3, 2013, in the compound of Georgetown University in Washington. Others are placed in Geneva, Lisbon, Oxford and New York. In Slovakia, there is already one such bench in Košice. The one in Bratislava Old Town is the 36th.

The Václav Havel bench will not be the only one honouring key personalities in Old Town. Students of the Faculty of Architecture of the Slovak University of Technology in Bratislava are working on a bench commemorating Friedrich Weinwurm, a key personality of modern architecture in Slovakia. 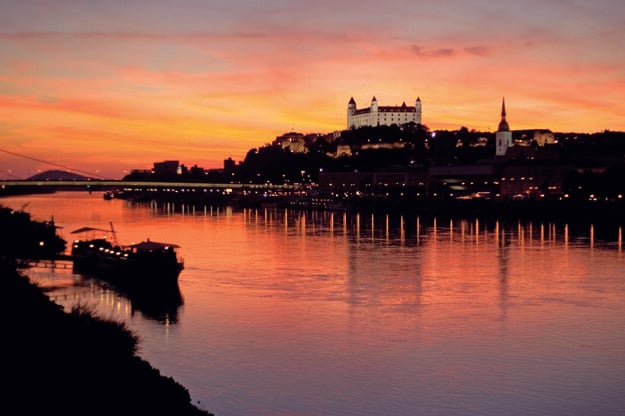