Instead of health-harming chemical sprays it is administering BTI, destroying larvae before they reach the adult stage. 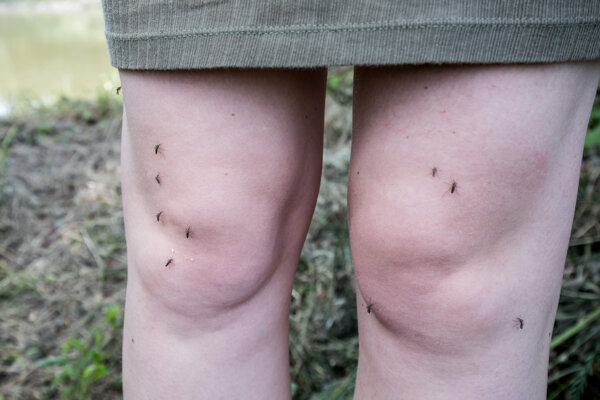 Bratislava and its vicinity, as well as other regions of Slovakia, report the intensive occurrence of mosquitoes. While in the past, the country used to combat this annoying insect with lethal chemical sprays, today this method is not considered a solution to the problem. The Slovak capital is instead using the organic agent BTI. The BTI (Bacillus thuringiensis subspecies israelensis) bacteria is a very selective larvicide that is nontoxic to people as well as animals. It has a preventive effect as it destroys the larvae before they metamorphose into the adult mosquitoes.

“Along with experts, we have been monitoring mosquito hatcheries in Bratislava since the beginning of the season,” Bratislava Mayor Matúš Vallo wrote on social media.

Their focus has been primarily on the problematic and calamitous species occurring in areas flooded by water from rivers. In the case of an increased incidence of larvae, they apply the organic agent BTI.

“However, it is not possible to completely eliminate the mosquito population,” writes Vallo.

The city has carried out 14 interventions during the last month in localities where an excessive occurrence of mosquito larvae have been recorded, namely in Devín, Rača, Malé Krasňany, Rusovce, in puddles under the Prístavný Bridge, in Ovsište in the area of the public transport terminal, in the alluvium of the Morava River, in Petržalka near Veľký Zemník lake, in Záhorská Bystrica and Lamač.

“We are continuing with daily monitoring and if there is increased occurrence of larvae, we will continue with the administration of BTI,” writes Vallo.

The weather in recent weeks, with hot days over 30 degrees Celsius alternating with intense precipitation, has created ideal conditions for the reproduction of not just the mosquito species that occurs in flooded areas but also those species that hatch in small water reservoirs, in forks of branches, or holes in tree trunks. This is also why people have registered an increased occurrence of mosquitoes especially close to forests. However, these species cannot be eliminated by BTI. On the other hand, these species have a significantly shorter life cycle than the species common to flooded areas. The latter remain in the area for several months.

“The current concentration of mosquitoes in the forests should be reduced significantly within three weeks,” said Vallo.

Vallo does not consider chemical sprays to be a solution as they bring health risks affecting the endocrine system and human fertility and they are also believed to have a carcinogenic effect. In addition, they cannot be commonly administered in protected natural areas as they are not selective, causing harm to other animals and the environment.