State will not purchase the National Football Stadium from current owner

The government filed a criminal complaint with former high state officials names in it. 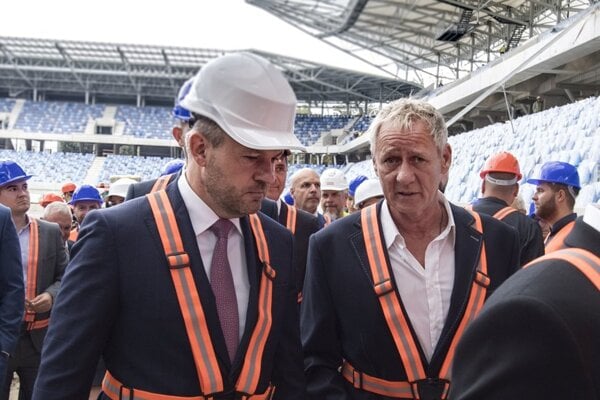 The government will not purchase the National Football Stadium from the NFŠ company and will file a criminal complaint on suspicion of several crimes that might have been committed in the process.

At its July 15 session, the cabinet passed the report of the deputy prime minister for legislative and strategic planning, Štefan Holý (Sme Rodina), on the contract between the state and the NFŠ company. 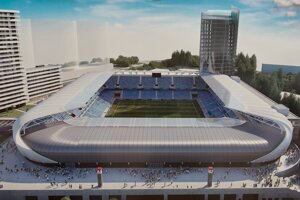 As a result of the analysis, which was mainly to focus on the outputs of the advisory companies in the process of the construction of the stadium, the state will not purchase the Tehelné Pole stadium in Bratislava as originally intended. The contracts from 2013 and 2016 are invalid, the analysis concluded.

"We cannot make any transaction based on absolutely invalid contracts, least of all in this volume," Holý said, as quoted by the TASR newswire.

The National Football Stadium is in operation now and the Slovak national football team, as well as the Slovan Bratislava football club, host their matches there. 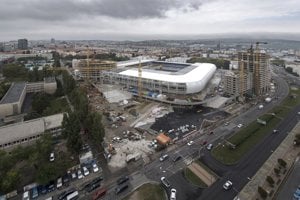 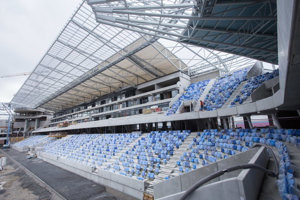 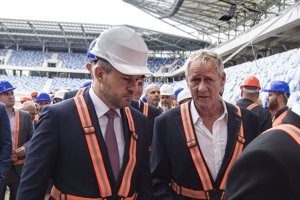 The construction of National Football Stadium in Bratislava, as of September 4, 2018. (6 photos)

NFŠ will thus not receive the €91 million and will be requested to return the €27.2 million grant from the state.

Moreover, the government will file a criminal complaint to ensure "the persons who have been moving in the background of this project bear the criminal consequences", TASR reported.

Holý explained that the contract is invalid because steps have been taken that violate or avoid the law. Any competition for the grant was impossible since the conditions of the tender were tailored for the company.

The crimes that might have been committed, according to Holý, include violating the duties in administering others' property, machinations in public procurement, and abusing the powers of public officials. 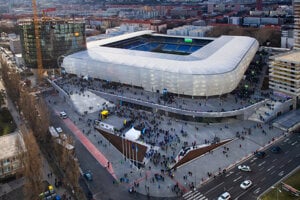 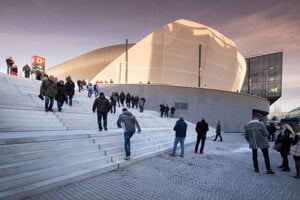 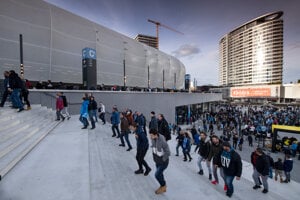 "Our position is based on a very deep analysis. Our stance is absolutely unquestionable," the deputy minister insisted, as quoted by TASR.

PM Igor Matovič told the press conference that he trusts the stadium will eventually serve its original purpose but for a much fairer price. He added that the persons who are mentioned in the criminal complaint are former high state officials, including some former education ministers (sports is also a part of the Education Ministry's portfolio).

The price went up gradually

The construction of the stadium was launched in September 2016. Based on the contract, the state was to purchase it when finished. The grant that the company received for the construction, €27.2 million, was to be deduced from the final price, which was to be a maximum of €75.2 million.

Shortly before the end of its term, the Pellegrini government signed another addendum to the contract, increasing the final price to €98.447 million.