One of Bratislava's major landmarks will change. Take a look at the new Istropolis 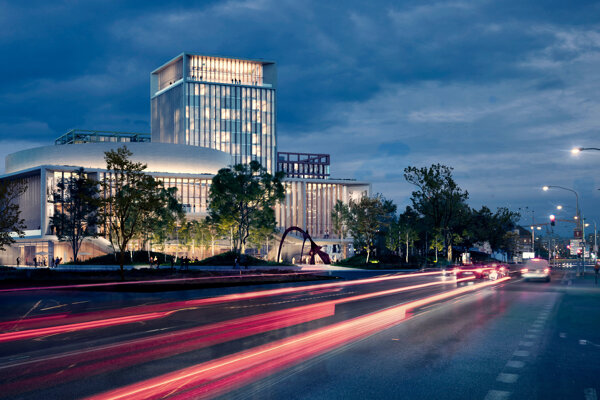 The existing Istropolis culture and congress centre in Bratislava will be pulled down and replaced by a brand new one. After 2.5-years of preparations, the developer Immocap unveiled its plans for one of the most anticipated developments in Bratislava on July 17.

“Our intention is to turn the now dead and dysfunctional zone at Trnavské Mýto into a vital district full of culture, greenery and public spaces,” said Martin Šramko, CEO of the development company Immocap during the presentation of their vision of the new cultural and social centre Nový Istropolis on July 16.

The visualisations of the design for the new development show that the architects have incorporated elements of the old Istropolis such as the form of the main façade and the wavy ceiling from the congress hall, as well as some its pieces, for example the flag poles and lamp posts and the fountain, in order that the new venue will still bear traces of the old one.