No big changes in Smer. Fico remains at its helm

The party has several new deputy chairs after the renegades led by ex-PM Pellegrini left in June. 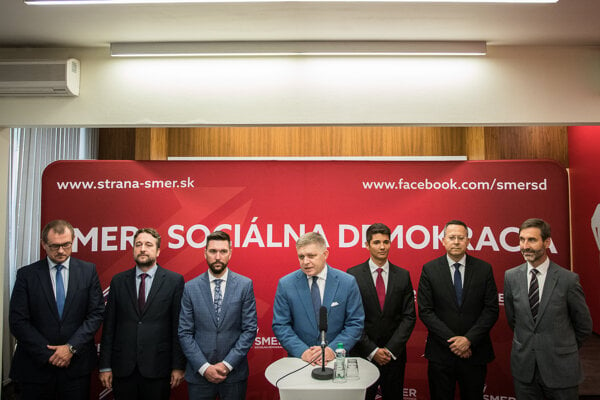 The July 2018 assembly of the once strongest party in Slovakia, Smer, did not bring any big surprises. Nor did it catch a lot of media attention or bring critical voices from within the party, the Sme daily reported.

The delegates re-elected Robert Fico as the leading man of the party. They also elected Juraj Blanár, Ladislav Kamenický, Erik Kaliňák (nephew of ex-interior minister Robert Kaliňák), Ľuboš Blaha and Richard Takáč as deputy chairs. One place remains empty, and the party will fill it only at its traditional congress in early December.

“They will be more liberal; we want to take the traditional social democratic space,” Fico said, as quoted by the SITA newswire, referring to the goals of the recently established Hlas party of ex-PM Peter Pellegrini. 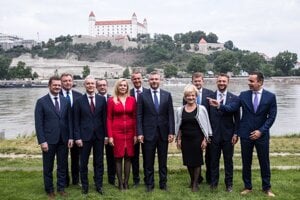 Related articlePellegrini takes 10 MPs with him from Smer Read more

While Fico was trivialising Pellegrini’s departure and the fact that he took several well-known faces, like Richard Raši and Peter Žiga, with him, other participants admitted that the party has suffered from the split, Sme wrote.

The assembly took place at the Smer headquarters in Bratislava’s Ružinov borough. Despite a promise to broadcast it online, the stream stopped working after only a few seconds.