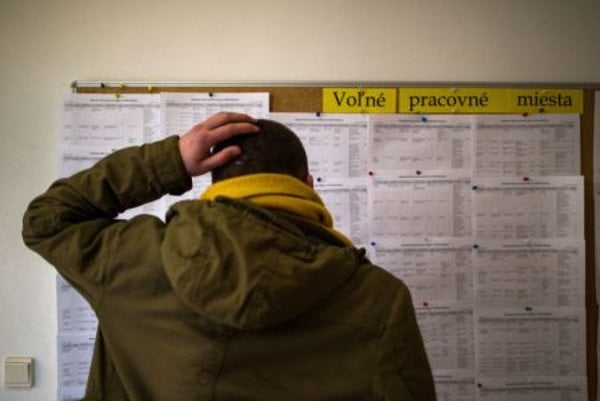 The number of jobless in Slovakia has increased the sixth month in a row.

Labour offices registered 203,586 jobseekers available to take up a job immediately, according to the Central Office of Labour, Social Affairs and Family (ÚPSVaR).

The unemployment rate calculated from the total number of the jobless amounted to 8.20 percent in June, up 0.24 percentage points month-on-month and by 2.16 percent year-on-year. In absolute numbers, labour offices registered altogether 225,508 people without job.

Nearly 14,000 people found job in June. The labour offices also reported 68,045 vacancies at the end of June, which is 95 more than the previous month. Nearly one-third of them was in the Bratislava Region.

Most people lost jobs in the industry, services and trade sectors, according to Katarína Muchová, analyst with Slovenská Sporiteľňa.