With a face mask available, explore the Trnava sugar refinery on a bike or Košice fountains on foot. 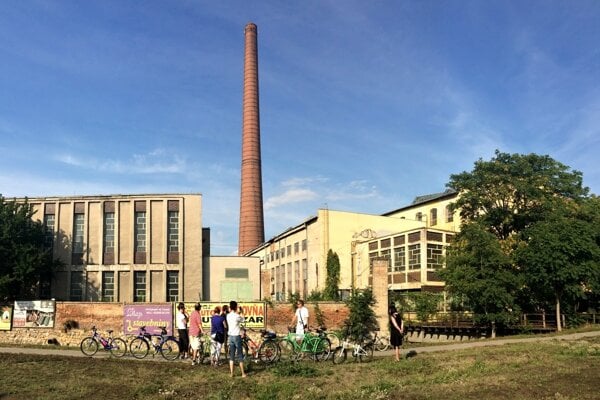 The month of August will provide people in Slovakia with a wide range of events, but it is important to keep in mind the measures that help prevent COVID-19 from spreading.

Read more on the measures in place and always have a face covering with you.

The international open-air Roma festival, Amaro Fest, will kick off the month of August in Nitra for the fourth time. Watch the video below to see what you can expect.

The exhibits of the Slovak National Museum, the Martin Benka exhibition, and the Golden Age of Peterhof, which displays a collection of objects belonging to Russian rulers, are presented in digital form at the Bratislava Castle.

To attend the event, it is necessary to make a reservation by sending an e-mail to bratislavskyhrad@snm.sk three days before coming due to the restricted number of visitors allowed in the room where the exhibition is held. 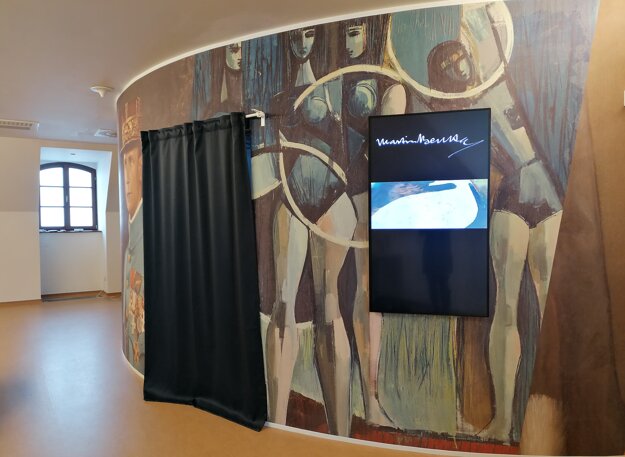 Košice is home to several fountains with various stories to tell. Which one illustrates history? And which one you can walk through? Join walking tours, held in Slovak and Hungarian, to learn more about Košice fountains. 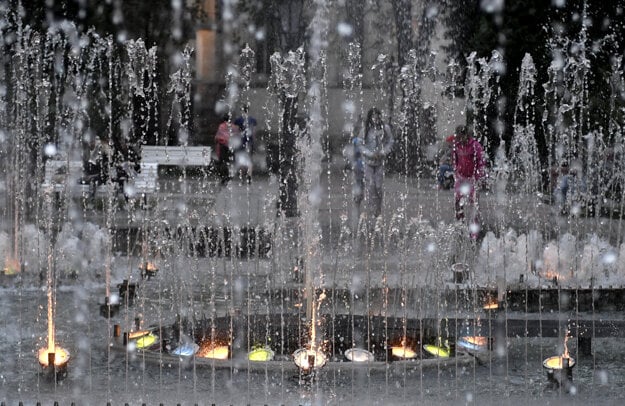 Those who set out on a trip to Banská Bystrica on August 8 to see the sights of the city can enjoy their afternoon in Záhrada, a local cultural centre, where four DJs – Alex shelest, Sionni, Wynn, and Cufor - will play their sets made up of house, rap and drum and bass music. 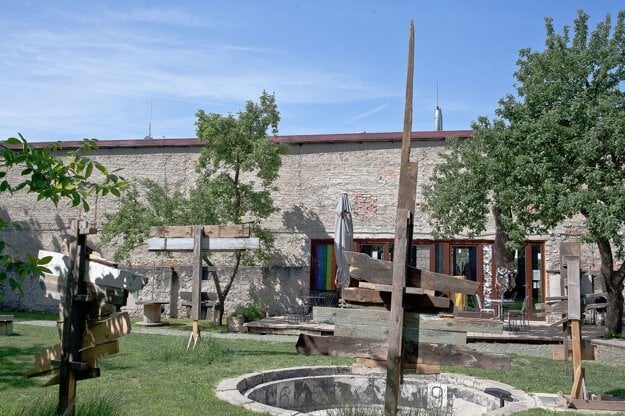 On the same weekend, Banská Bystrica will host the two-day Folklórna Bystrica festival. The first day will be all about two folklore-related documentaries – The Earth Sings (1933) and Myjava Musician (1956) – screened in the evening. Several folk groups from the region will perform on the second day.

City: Banská Bystrica
Venue: Paľo Bielik Amphitheatre
Date: August 7 – 8
Time: from 21:00 (film screenings on Aug 7) and from 17:00 (performances on Aug 8)
Admission: €4 on site for Friday film screenings and €10 for a Saturday ticket in pre-sale.

The number of visitors will be restricted due to the pandemic.

For the first time Bratislava will host this music concept, with the Edison Park premises being transformed into a dark room. Electronic music enthusiasts can look forward to a 10-hour music experience. Those in need of this type of music therapy are asked to wear something with red-black-white colours. 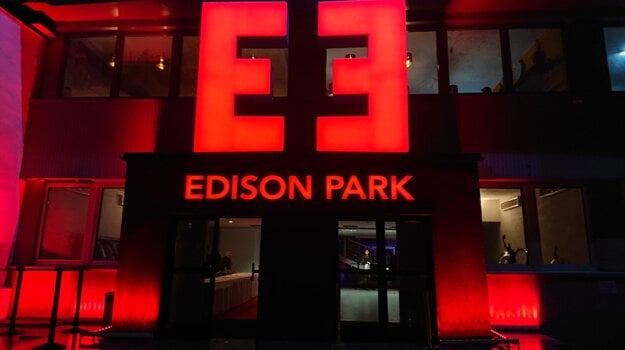 Javad Takjoo, who lives in the north of Iran, pursued a career as a professional cartoonist in 2001 after years of self-learning. His works have been published in newspapers and websites in Iran for several years now. Today, cartoons of his are on display in Prešov. 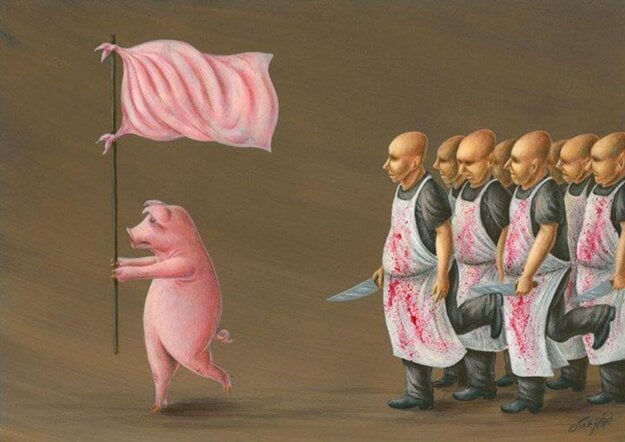 Roads of Beet and Sugar

The Slovak Spectator recommended readers to try out one of summer cycling tours in and around the city of Trnava last month. In August, four other tours will take place. One of them – completely new - will show tourists around the only sugar refinery in Trnava, the city’s best-known industrial construction.

City: Trnava
Meeting point: City Tower in the main square
Date: August 8
Time: 16:00
Admission: €5 (with your own bike) or €7 (with a rented bike). It is necessary to buy a ticket online. 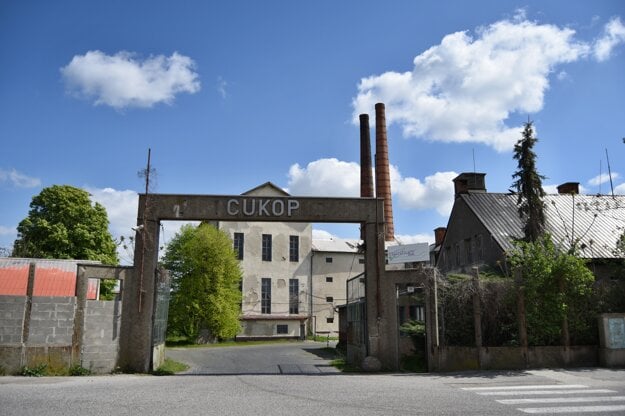 Sugar refinery buildings in the village of Vlčkovce near Trnava. (Source: TASR)

The summer festival, which will offer several concerts of different genres, including jazz and ambient, workshops, live radio broadcasting and discussions, will return to Košice in the second half of August thanks to the record label Hevhetia. The entire program is available here.

People interested in music-related workshops, carried out also in English, should send an e-mail to hevhetia@hevhetia.sk and ask if it is possible to join as the deadline for the submission of applications is July 31.

City: Košice
Venue: Kasárne/Kulturpark, Kunsthalle, and other venues
Date: August 19 – 23
Admission: Workshops are free. As with events, visitors can only buy a pass for €35. The pre-sale starts in the first week of August at predpredaj.sk.

The International Animation Festival, presenting some of the best international and Slovak animation films, will take place at the end of August in Žilina. This year’s topic will be all about ‘The Day After.’ Find out which Slovak and international films will be screened during the event.

Concerts, workshops, discussions, and parties will be held as well.

City: Žilina
Venue: cultural centre Stanica Žilina-Zárečie
Date: August 27-30
Admission: a pass for €30, which will be purchasable only on site. Children under 12 can enjoy the festival for free. 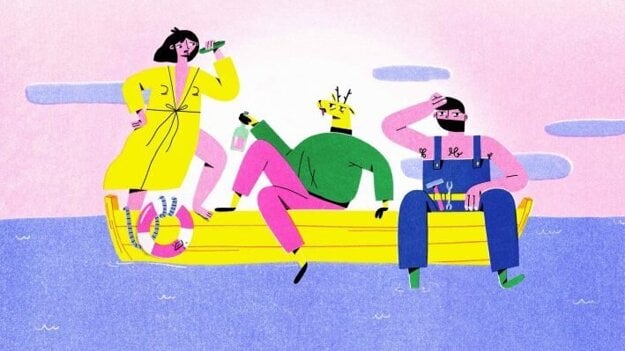 << You can find more events in the Spectacular Slovakia travel guides. >>

Even more districts in the black tier