Vote for the name of the new Danube bridge

The Chuck Norris bridge is not an option. The final name will be chosen from eight shortlisted names. 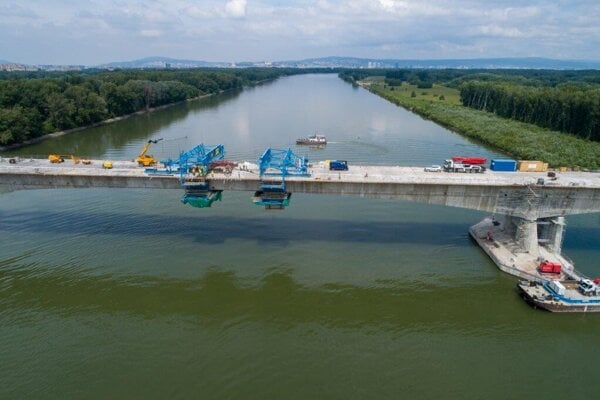 The new, approximately three-km-long bridge over the Danube River, part of the D4/R7 Bratislava bypass needs a name. The Transport Ministry has just launched a poll on social networks inviting people to vote for any of the eight shortlisted names.

“As I promised, you can vote for the final name of the new bridge,” Transport Minister Andrej Doležal (Sme Rodina) announced on July 27.

Between Monday and Thursday the potential names will be subject to voting in a quarter-final round. The winners of this round will advance to the semi-final round lasting the whole of next week. Only then, in the final round, will the name of the bridge be decided upon.

Eight names were shortlisted based on people's likes. The winner of each pairing will progress to the next round. It has been proposed that the bridge be named after significant Slovak personalities M. R. Štefánik or Alexander Dubček, the river whose banks it will connect with (the Danube) or the Bratislava borough near which it will stand (Jarovce), the type of biotope in which it will stand (alluvial forests and meadows) or the name of the area in which it will stand (Kopáč is the name of the protected area bordered by the Danube and its branches), the province of the Roman Empire bounded on the north and east by the Danube (Pannonia) or the country, from which Cintra, the main partner of the consortium Zero Bypass building the bypass, comes from, i.e. Spain.

The schedule of quarterfinals:

No to the Chuck Norris Bridge 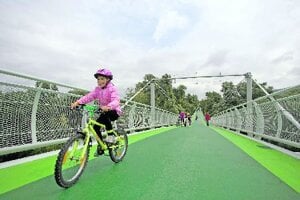 The minister is not repeating the mistake made in 2012, when Slovak regional officials left it to the public to propose and vote for the name of the pedestrian and cycling bridge near the capital over the Morava River. This popular Internet campaign ended with a proposal to name the bridge after action film star Chuck Norris. Eventually, officials scrapped this idea and named it Freedom Cycling-Bridge in memory of the people killed while attempting to escape communist eastern Europe. 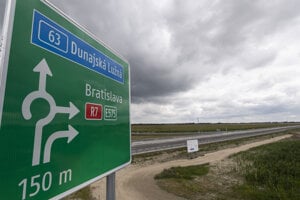 The new bridge is part of the D4/R7 Bratislava bypass. It actually consists of four interconnected bridges: the western bridgehead (785 m) bridging the Jarovecké arm of the Danube, the bridge above the kayak course (470 m), the bridge above the Danube (430 m) and the eastern bridgehead (1250 m) that goes above the Biskupské arm of the Danube. Of these, the last two have been already been connected. The whole bridge should be complete in 2021.

Thank you for singing up. Shortly an email will be sent to the address you provided to verify your e-mail.
Error! Please try to register again later, your e-mail was not registered.
Your email is not in a correct format.
Please confirm you are not a robot.
Share on Facebook (97)Comments disabled