We stand with Index.hu: Nincs másik

The fall of the independent news website in Hungary concerns all independent journalists in the region. 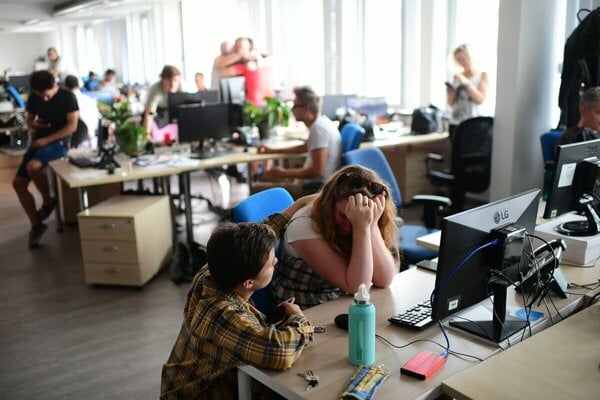 Viktor Orbán was hardly done with his battle speeches, boasting of how he fended off the attacks of the Brussels liberal brigade and dissolved their rule of law demands like sherbet powder in the Danube, when Hungary produced yet another argument why the Union should not back down.

Last week fell one of the last independent media, Index.hu. It had long resisted the attempts of the powerful to turn its DNA from a critical website to a sheep in Orbán's media flock.

The army of government spokespersons repeats their notorious phrase: What does Orbán have to do with this? It is just a private internal conflict in the editorial; only the Soros-sponsored media see the Hungarian prime minister's involvement.

Orbán has reformed the media market, which only simulates pluralism today, systematically drying out independent media and placing enormous pressure on their owners.

The governmental media reserve is growing and does not need censors to laboriously erase their criticism of Orbán. Propagandists, not journalists, create the content, and they understand all too well where the limits of criticism are and what can be hidden behind patriotism.

The fall of Index concerns all independent journalists in this region. Journalists of Index.hu demonstrated civic courage when they rejected further pressure. It will be important that their truth and determination not evaporate in the passage of the days, weeks and months that will follow.

That is why we express our support and solidarity. We believe that they will win the fight for another positive example, that independence and freedom of press cannot be traded and cannot be compromised. Without them, the rule of law collapses and dictators grow stronger.