Storm and heat warnings issued for Wednesday and Thursday

The entire Slovakia will continue to be hit by storms on July 29. 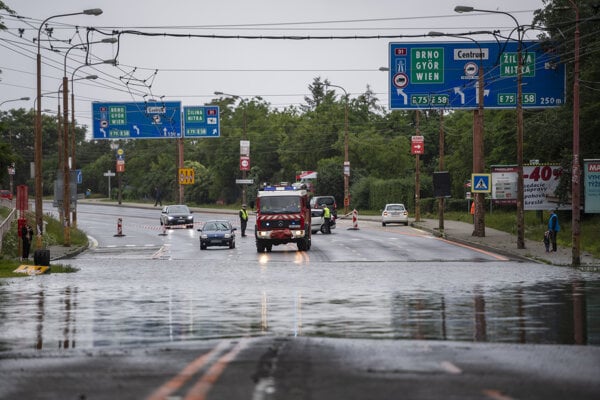 The weather is expected to be stormy on July 29. SHMÚ has issued a first-level warning for most regions except for the northern districts of western Slovakia and selected western districts of northern Slovakia, where a second-level warning will be applied. The precipitations may oscillate between 20 and 50 millimetres, while wind speed may be as high as 18-30 metres per second. The warnings will be in place mostly from midnight until 12:00. In eastern Slovakia, the warning will be in place until 19:00. 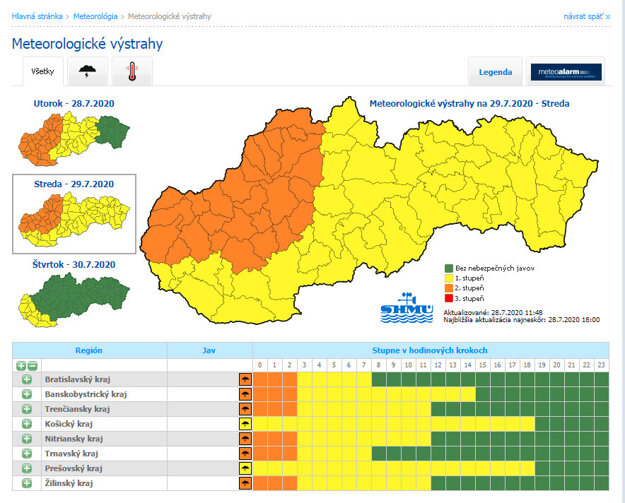 The weather should improve on July 30. However, SHMÚ warns against high temperatures in the Bratislava Region and the southern districts of the Trnava Region. The first-level warning, with temperatures approaching 33 degrees Celsius, will be in place between 14:00 and 18:00. 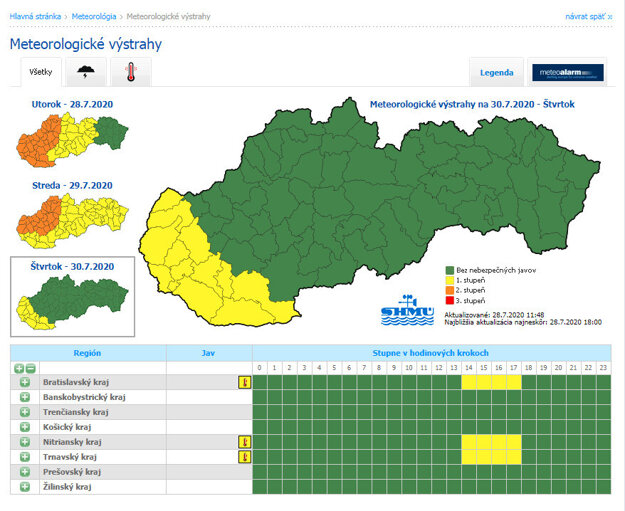