A devastating fire erupted in the Tatras 15 years ago 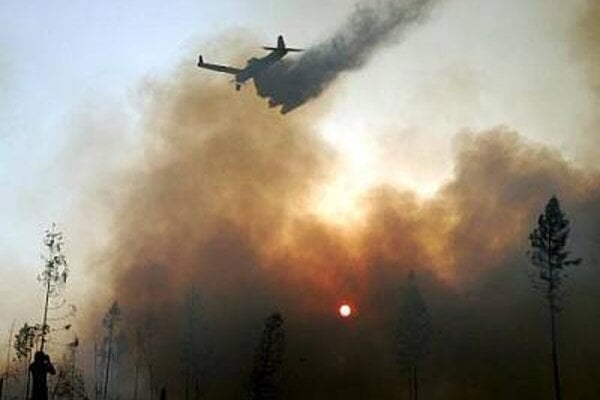 An extensive fire, the largest since the establishment of the national park, erupted in the High Tatras on the last weekend of July 2005, damaging nearly 229 hectares of forest.

More than 500 firefighters and volunteers fought the fire for about 120 hours.

“What the firefighters saw on July 30 can be seen only rarely,” said Miroslav Kanaš, the then-intervention commander, after five days of trying to extinguish the blaze, as quoted by the TASR newswire. He added that everybody was doing their best to save Starý Smokovec and the endangered property. 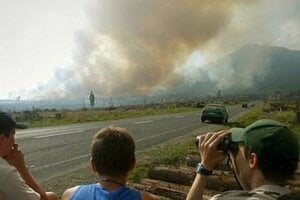 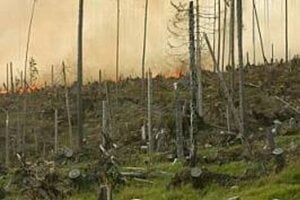 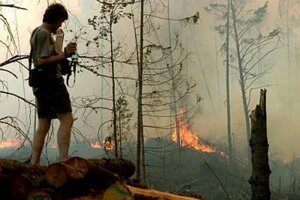 The operational centre of the district fire department in Poprad received a call about the fire near the hiking route in Tatranská Polianka on July 30, 2005 at 11:58.

In the afternoon, the flames in some places were as high as 20 metres, while 70 hectares of the forest were on fire. It also threatened residential buildings and a petrol station. The visitors of the hotel in Tatranské Zruby had to be evacuated, TASR wrote.

The fire could have spread due to the dry weather and strong wind, as well as the fact that it was in terrain hardly accessible for firefighting equipment. As a result, helicopters and planes had to be engaged.

The firefighters used 45 pieces of firefighting equipment to fight the fire, and there were 430 professional and more than 100 volunteer firefighters, as well as employees of the State Forests of the Tatra National Park (TANAP), forestry workers and other volunteers.

They used more than 3 million litres of water. Apart from ground equipment, four helicopters and four planes were extinguishing the fire, TASR wrote.