Man from Fiľakovo finds the biggest Slovak sapphire in basalt

Hajáčka quarry is a discovery site of European significance. 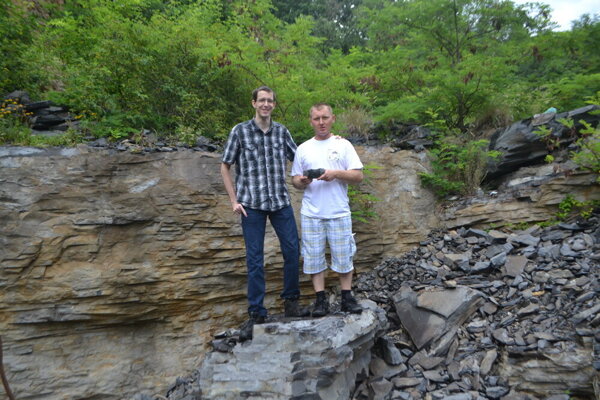 Mining in Slovakia went silent years ago, but the small hammers of mineralogists from various corners of Slovakia or beyond the borders keep striking.

The quarry near Hajnáčka and Gemerský Jablonec was a lucky place for Ladislav Oravec from nearby Fiľakovo, regional daily My Novohrad reported.

Four years ago, he was happy about the discovery of the biggest sapphire in basalt in Slovakia. He called a blue gemstone of 1.43 centimetres King but he did not conceal his ambitions of locating an even bigger gem. “That will be an Emperor,” Oravec joked.

He had to be patient, but success eventually came. On Sunday, June 26, he was on the way to the quarry. This time, with Štefan Farsang, postgrad of Cambridge University and a native of Rimavská Sobota.