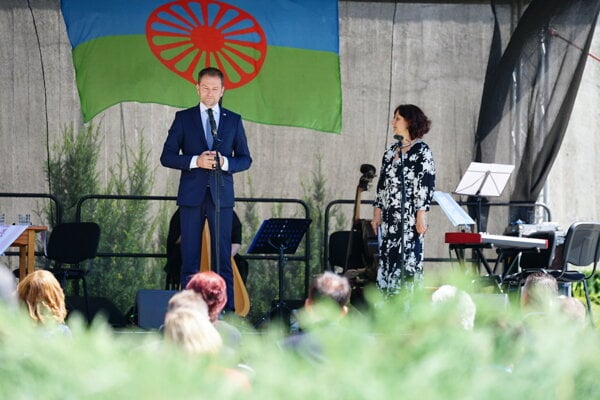 More than 3,000 Roma people, mostly women, children and old people, were killed between August 2 and 3, 1945, in the Auschwitz-Birkenau concentration camp. The event is known as the Roma holocaust, or Porajmos.

Roma Holocaust Memorial Day commemorates the events from the night between August 2 and 3, 1944, when nearly 3,000 Roma, mostly women, children and old people, were killed in the Auschwitz-Birkenau concentration camp.

Every year, a memorial day is held on August 2 to commemorate the victims.

“Regrettably, we still know relatively little about the Roma Holocaust,” President Zuzana Čaputová said during the virtual commemoration. “Unfortunately, we are only slowly learning about the unimaginable horrors that have shaped the destinies and have been imprinted into the memories of specific people, families and communities.”

She, alongside other politicians and public life representatives, paid tribute to the victims of the Roma Holocaust. A mass was officiated in St Martin’s Cathedral in Bratislava, while the European Roma Rights Centre (ERRC) has launched a digital exhibition telling the stories of Roma who survived or died during the Holocaust in Europe. 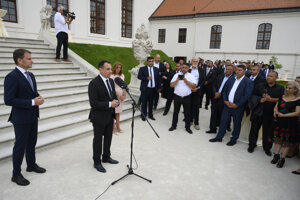 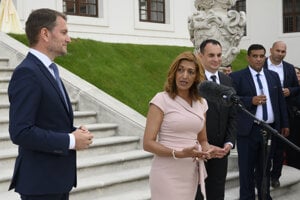 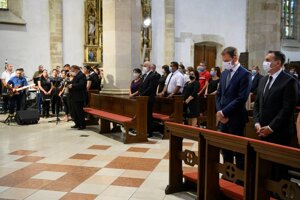 Matovič promises to deal with the issue

It is a task for all of society to ensure the public knows more about the Roma Holocaust and Roma history in general, Čaputová said. If children learn about it during history classes, they will understand better how easy it is to dehumanise a group of people due to their differences and to use prejudice to justify verbal or physical violence and even genocide.

“It is necessary to know our past if we are to form cohesive and tolerant societies today, and in the future,” Čaputová stressed. “The Roma Holocaust cannot be forgotten.”

On this occasion, the president also pointed to the duty of politicians to firmly reject any forms of racism, anti-Semitism, anti-Roma sentiments, homophobia and other forms of intolerance, and stand up for those who still experience these kinds of hatred.

PM Igor Matovič (OĽaNO) even attended a commemorative event at the SNP Museum in Banská Bystrica in person. The visible Roma Holocaust has not ended yet, and we still see Roma people as inferior, he said.

“We don’t create sufficient conditions for children, particularly in education, so that they can find their place in life and contribute to our society,” Matovič said, as quoted by the TASR newswire, adding we currently often doom them for life in poverty and create conditions for extremism.

In this respect, he has promised that his government will do everything to end “the politics of the hidden Holocaust in us”.

He has also stressed the need to remember the past in order to avoid it from repeating.

Learning from past mistakes

The fact that it is the first time in 15 years a prime minister has been present at the Roma Holocaust commemoration is a good signal, according to the Government’s Proxy for Roma Communities Andrea Bučková and MEP Peter Pollák.

“These tragic and sad events are a memento for our whole society,” Bučková said, as quoted by TASR. “They cannot be forgotten and it’s necessary to talk about them and remind future generations about them. Unfortunately, we often witness these events being trivialised or even denied.”

Pollák appreciated the fact that the incumbent government considers Roma children an asset of the country and not a burden.

Meanwhile, Ombudswoman Mária Patakyová stressed that the legacy of the Roma Holocaust should be a memento for us that repression is not a solution to problems in society. Violence against the Roma is still present, and their fundamental human rights and freedoms are still being violated, she wrote on Facebook.

It makes sense to remember the violation of Roma rights during WWII if we are able to learn from these mistakes, she added.